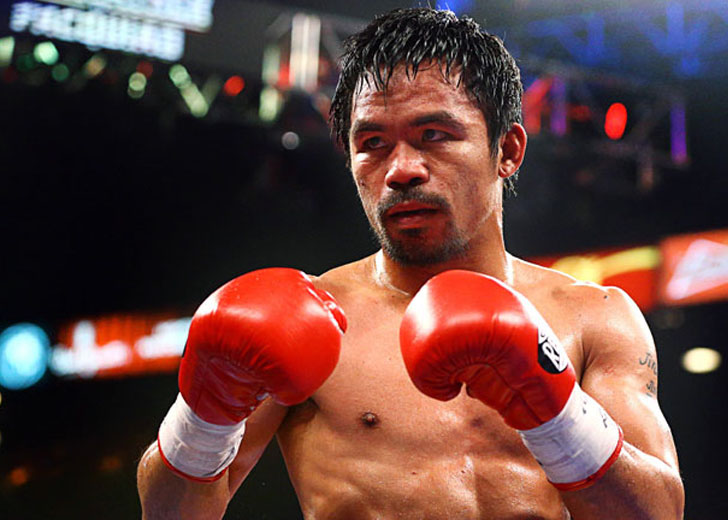 For the first time in a long time, boxing has seeped into mainstream conversation more than once or twice a year. 2021 has been marked by must-see moments revolving around the sport — the instant classic bout between Tyson Fury and Deontay Wilder, a testy press conference between Caleb Plant and Canelo Alvarez that featured punches thrown, and the Paul brothers’ circus act involving Floyd Mayweather and Tyron Woodley.

Lost in the shuffle was last month’s retirement of Manny Pacquiao, who undoubtedly will go down as one of the sport’s most iconic fighters ever. He recorded milestone after milestone, both in the ring as the only eight-division champion, as well as off of it, lighting up box-office numbers and bet tallies on the best sports betting apps.

Pacquiao’s career is almost too unreal to believe. In case you’ve forgotten what he accomplished in more than 20 years in the ring, we wanted to recount his most memorable moments:

It’s around this time that Pac Man’s career received the jet pack treatment. Fought at featherweight, both fighters were tried-and-true knockout artists at this point. That was fully on display in this war of a matchup.

Barerra dropped Pacquiao to the canvas in round one, but Manny rallied right back. He largely dominated from there on out, before stopping Barerra in the 11th round for good (Barerra’s corner threw in the towel). The win all but made Pacquiao a household name with the common fan and certified him as the best at 126 pounds.

Pacquiao’s supremacy in the featherweight division didn’t come easy. He had to fend off one Mexican warrior after another to remain atop — first Barerra, then Juan Manuel Marquez, and Erik Morales.

Against Morales, Pacquiao lost via unanimous decision the first time out. At the time, it marked Manny’s third career loss, but he would avenge it and then some afterward. The two duked it out 10 months later and the result was completely different. Pacquiao would TKO Morales in the tenth round — marking the first time Morales had ever been stopped.

In a third meeting to settle the score that same year, the result was even more lopsided. Pacquiao floored Morales three times in the third round to score the decisive victory. With the triumph, Pac Man set his sights even higher than featherweight gold.

Make no mistake about it, this was Pacquiao’s coming out party. You see, De La Hoya was in a completely different stratosphere in terms of mainstream popularity. This match — which would be De La Hoya’s last ever — would give Pacquiao a spotlight far bigger than he’s ever seen up to that point.

Manny rose to the occasion in a wire-to-wire victory over De La Hoya. Despite being fought at welterweight, Pacquiao overwhelmed his foe with a flurry of offense, forcing De La Hoya to call it quits after eight lopsided rounds. It was this exact moment that Pacquiao became a household name beyond boxing fans.

Right after the victory over De La Hoya, fans began clamoring for a dream matchup against the sport’s pound-for-pound king, Floyd “Money” Mayweather. Fans and pundits would have to wait over six years before it finally happened and unfortunately for us all, it didn’t live up to the hype. Not even close.

Fighting with a bum shoulder (and slightly past his prime), Pacquiao was toppled by Mayweather in a unanimous decision. The fight was a snoozefest — but both Pac Man and Money laughed to the bank regardless. The battle smashed box office records in live gate and pay per view buys, records that will be tough to break for years to come.

In what would be the last of 62 career wins for Pacquiao, Manny had an unreal showing against a fighter 10 years his junior and one that was previously unbeaten. Pac Man won by split decision and in the process, became the sport’s oldest ever world champion at 40 years old.

In a career that spanned 1995 to 2021, Pacquiao pulled no punches. He fought the world’s best, constantly went up weight classes, and rarely bored inside the ring. Without question, he’s an all-timer and deserves his due.