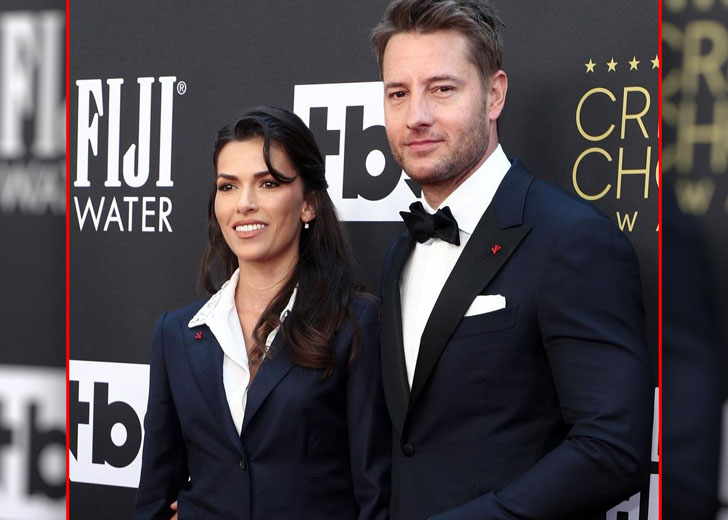 Congratulations to the newly wedded couple!

Over the last few years, actor Justin Hartley has had a sequence of romantic ups and downs that might seem more dramatic than an ordinary screenplay from the drama, This Is Us, in which he stars.

However, it appears that, like that series, which premiered its sixth and last season on January 4, 2022, the actor has finally found his happy ending.

The 44-year-old actor — who rose from daytime soap opera popularity to primetime tearjerker fame — was previously married to two other soap stars. He was first married to Lindsay Nicole Korman, followed by his second wife, Chrishell Stause.

But as of now, he is happily married to Sofia Pernas, an ex-soap actress. And, as he’s stated in interviews, Pernas and their love have taught him a lot.

After dating for a little over a year, Hartley married Pernas in March 2021. They met in 2015 while co-starring on The Young and the Restless, but Hartley claims they didn’t pursue a relationship until later.

The duo made their relationship official on 2020 New Year’s Eve by posting a cute adorable picture on Instagram. Pernas shared a selfie with the caption “Sayonara 2020, it’s been real. Happy New Year from our quarantine den to yours,” and Hartley also shared a black and white photo with her love in the caption “Last minutes of 2020 here in LA. Bring on 2021! Happy New Year!”

Also, the newlyweds made their red carpet debut as a couple at the 2021 MTV Movie & TV Awards, where they posed happily on the carpet, wearing wedding rings on their fingers.

“I knew that she was very kind and nice. I liked being around her. But I was in a different place in my life. I wasn’t available,” he added.

What got them together romantically finally? “Timing has a lot to do with that.” In addition, the actor explained that he was grateful to have met Pernas when the timing was right.

Are Justin Hartley and Sofia Pernas Still Together in 2022?

On April 3, 2022, Hartley and his wife, Pernas, were spotted together in This is Us screening in Los Angeles. The duo looked super happy together and were seen kissing one another.

The newlyweds even showed off unique poses for the cameras, holding and kissing together on the red carpet.

Hartley was nominated for Best Supporting Actor in a Drama Series, and the couple wore matching navy suits to the Critics’ Choice Awards.

The couple has been married for just over a year, and they are still going strong.

The passion and chemistry between Hartely and Pernas was visible, and there were no signs that they would split.

Actor Hartley was previously married to Selling Sunset star Chrishell Stause in 2017. However, their marriage lasted only two years, and they divorced in November 2019.

According to sources, there were a couple of reasons behind their divorce. One of the main reasons was them being incompatible with each other and had different goals and priorities.

Prior to Stause, Hartley was married to Lindsay Korman, his Passions co-star, from 2004 to 2012. They also share a daughter named Isabella, who is over 16 years old.

In 2012, the couple decided to divorce after eight years of marriage. “Irreconcilable differences” caused Hartley and Korman to part ways.

Since then, Hartley has maintained his love life, but things do not seem to go well for the well-known actress.