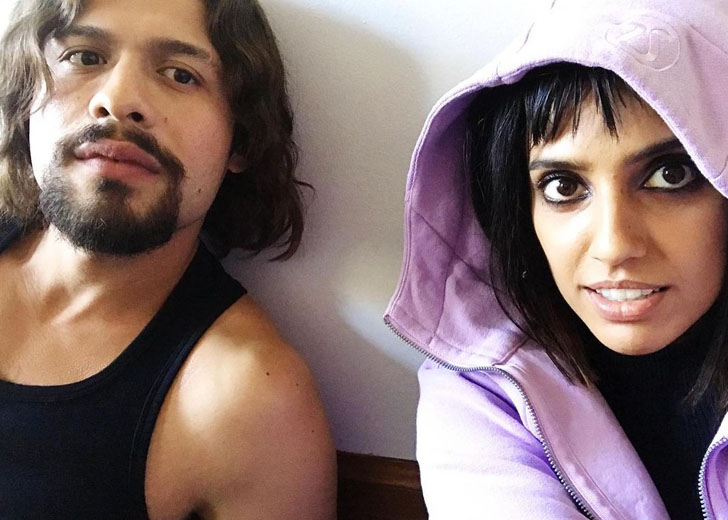 If you are a big fan of Netflix’s hit series The Umbrella Academy, you have probably heard about David Castañeda, who plays the role of Diego Hargreeves.

Castañeda is a well-known television actor, born in the United States on October 24, 1989. He is best known for his role as Jorge Castillo on the ABC Family TV series Switched at Birth and Nicholas on the CW TV show Jane the Virgin.

In season one of The Umbrella Academy, Castañeda’s character Hargreeves spent most of his time proving his worth to his siblings, and when he realized none of them were better than one another, he believed there was a chance to save the world.

Hence, in the second season, he developed a hero complex where instead of focusing on defeating his “Number One” brother Luther (Tom Hopper), he devotes his entire attention to preserving the United States and avoiding the assassination of John F. Kennedy.

Meanwhile, Hargreeves falls in love with a fellow psych patient who, as it turns out, is a double agent along the road.

When he arrived in Dallas in 1963, he immediately went to work on Lee Harvey Oswald, the president’s prospective killer. The actor is confined to a psychiatric institute as a result of this, where he meets Lila Pitts, played by Ritu Arya.

Throughout the series, the two have a whirlwind romance and crazy chemistry, which ends when Hangreeves realizes Pitts has crossed him. Pitts, according to actress Arya, fell in love by chance.

“Diego becomes this person for whom she develops feelings unintentionally,” she said in an interview with Entertainment Weekly. “It’s a lot easier to lie from what you know, and Lila connects with him by chance.”

Many fans of The Umbrella Academy adored the couple onscreen and wished for their fictional romance to become genuine. It appears to have happened now.

It’s evident that fans of The Umbrella Academy have started to believe that Castañeda and Arya are in love and dating in real life as they were caught together many times.

According to reports, the couple was spotted in 2020 together alongside their friends and family. Not just that, both Arya and Castañeda were seen posting photos with one another on Instagram.

Castañeda took his Instagram to post a cute photo with Arya on August 10, 2020, with the caption “Diego & Lila.”

While this photo does not prove the two are a couple, the way they’ve been speaking to and about one other since season two started has led people to believe they are.

In an interview with Vulture on August 10, Arya discussed how much she enjoyed working with Castañeda. “When we work together, he adds so much to the table,” she remarked.

In addition, she explained that it’s essential to spend time with your co-actor to be able to play the roles properly and to do justice to the chemistry.

Arya further said that they would spend a lot of time together in the sets apart from just acting, and that felt so beautiful.

All that said, neither Castañeda nor Arya have spoken much or confirmed their relationship status in public, which leaves a lot of fans in confusion.