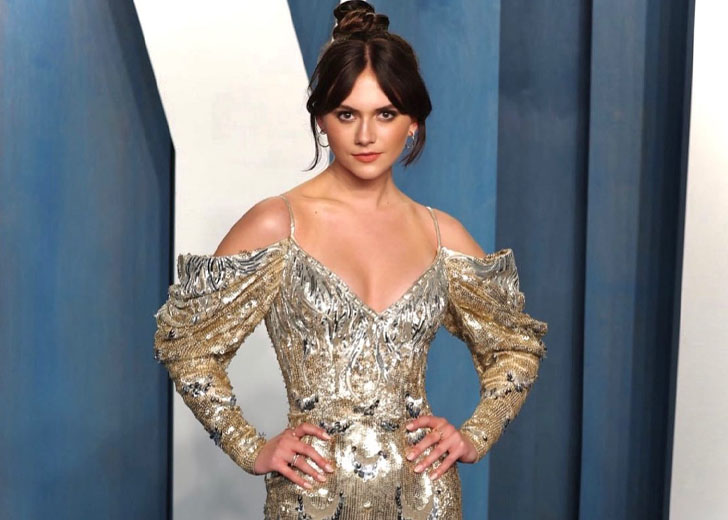 Inside the ‘CODA’ star’s personal life!

Emilia Jones has been at the top of the entertainment industry since she debuted in 2011’s TV show House of Anubis. Afterward, she booked a role in gigs like Pirates of the Caribbean: On Stranger Tides, Doctor Who, Utopia, Brimstone, and Incident in a Ghostland.

Since 2020, she has played one of the lead roles in Netflix’s supernatural horror drama series Locke & Key as Kinsey Locke. She is set to return to a third and final season later this year – the first look was revealed on April 6, 2022.

She recently appeared in the Academy Award-winning 2021 film CODA. In the movie, she portrayed the lead role of Ruby Rossi. Thanks to her performance in it, she received 12 awards and 25 nominations, including one BAFTA Film Award nomination, at several award shows.

With her amazing performances, she has managed to win the hearts of millions worldwide. However, her fans have been eager to learn if there is someone special in her life who has won her heart.

While there is a lot to talk about Jones’ professional life, the same couldn’t be said about her personal life. It’s because the English actress has always kept her love life low-key.

She hasn’t revealed anything about her romance to the media or the public to this date. Similarly, there have been no reports of Jones being in a relationship with a boyfriend in the present or past.

Additionally, though the actress is normally active on her social media handles – Instagram and Twitter – she has only shared things related to her professional life. She is yet to give any hints of a possible partner via her social media profiles.

With the information we have now, it could only be said that Jones isn’t dating anyone and thus doesn’t have a boyfriend. Instead, it seems like she is giving most of her focus to building a better career in the entertainment industry.

Furthermore, her career-orientated focus only seems fair as she is only 20 years of age. Perhaps, she will turn the tides towards relationships once she feels right about it. But, until then, her fans will have to wait.

Emilia Jones was rumored to be dating Connor Jessup

Although her relationship status might be single now, she was once heavily linked to her on-screen brother and Locke & Key co-star Connor Jessup.

The two sparked dating rumors after eagle-eyed fans noticed their closeness off-screen. Besides, Jessup would even fuel those romance rumors by sharing pictures with Jones, followed by some cheesy captions.

For instance, on July 5, 2021, he shared two pictures and a clip in which they enjoyed their time together. Then, captioning the picture, he wrote, “the wedding’s in August, you’re not invited.”

However, these speculations were buried down once Jessup came out as gay. As per Gay Times, he said, “I knew I was gay when I was thirteen, but I hid it for years. I folded it and slipped it under the rest of my emotional clutter.”

“Not worth the hassle. No one will care anyway. If I can just keep making it smaller, smaller, smaller…. My shame took the form of a shrug, but it was shame. I’m a white, cis man from an upper-middle class liberal family.”

“Acceptance was never a question. But still, suspended in all this privilege, I balked. It took me years. It’s ongoing. I’m saying this now because I have conspicuously not said it before,” Jessup concluded.

On Valentine’s Day 2020, he announced his relationship with his boyfriend Miles Heizer — they have been together since.

Although he has revealed his sexuality, it seems like the Canadian actor likes to take a dig at the ones who speculated he was dating Jones. One such instance was the above-mentioned Instagram post.

On August 26, 2021, he posted another cute picture in which his arms were wrapped around Jones’ shoulders, and Jones seemingly looked at Jessup — like a lover does. He started the caption by writing, “look at her [expletive] she’s completely obsessed with me.”

“Honestly, it was sweet + flattering at first but now it’s too much, a bit cringe. I’ve tried to tell her it won’t work out, there’s too much against us. I’m gay, we play siblings, she lives in london etc but she says none of that has stopped anyone before.”

Well, although Jones and Jessup aren’t dating, they sure know how to have some fun.