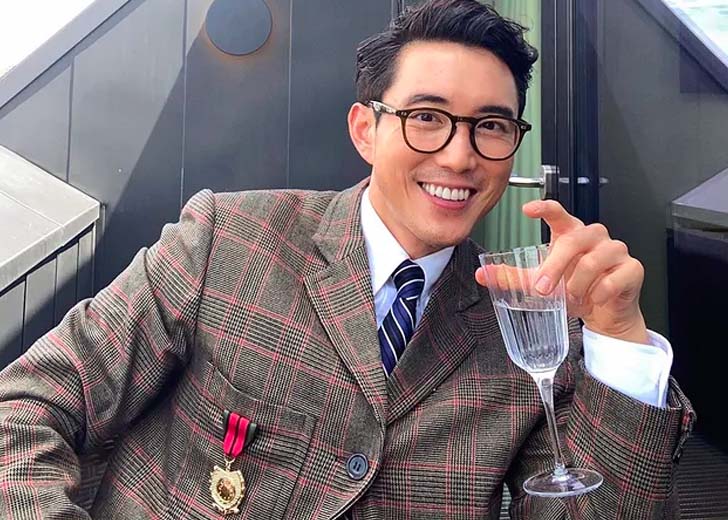 See what the actor has to say!

Min’s Ben was probably one of the most likable and loved characters – despite being a ghost – throughout the first and second seasons of the show. However, that changed in the season two finale and the third season.

In the third season, Ben was probably one of the most irritable and hated characters in the show. But, Ben’s character change was perhaps known to many who have been following the actor for the past few months.

During one of his interviews leading up to the release of season 3, Min revealed that his character might be hated the most in the new season. Nonetheless, the American actor has no hard feelings toward the hate his character received.

Captioning his picture, he thanked all the viewers of The Umbrella Academy for hating his character in season 3. In addition, he mentioned that hate was all he ever wanted. His words were, “thank you for hating him. it’s all I’ve ever wanted.”

Multiple Twitter users took to the comment section and praised the actor for his fantastic work of making Ben likable to hatable. One wrote, “played him a lil too well bestie. I’m pissed every time he’s on screen.”

“You did such an amazing work,” another wrote. Similarly, one Twitter user wrote, “I hated hate you, but I had no choice.”

On the other hand, some users contradicted Min’s statement saying that despite the character change, they still loved Ben. One Twitter user wrote, “I don’t even hate him. I love him.”

Justin H. Min thanks fans for hating his character in ‘The Umbrella Academy’ season 3 (Photo: Twitter)

“‘hating him’ we’re all in love with sparrow ben actually sorry,” another wrote, to which a Twitter user followed up with, “sorry Justin we actually love him.”

Justin H. Min’s Ben Hargreeves was first introduced as one of the seven members of the Umbrella Academy. But when Ben is only a child, he gets killed during one of their missions. But, Klaus resurrects Ben as a ghost using his powers.

In the season two finale, we got introduced to the Sparrow Academy, and one of its members is Ben, who is arrogant — utterly different in terms of character from the Umbrella Academy’s Ben.

But by the end of season 3, we got to learn why the Sparrow Academy’s Ben became so arrogant. Also, by the end of the third season, we could see some changes in Ben’s character. The Umbrella Academy season 3 is now streaming only on Netflix.