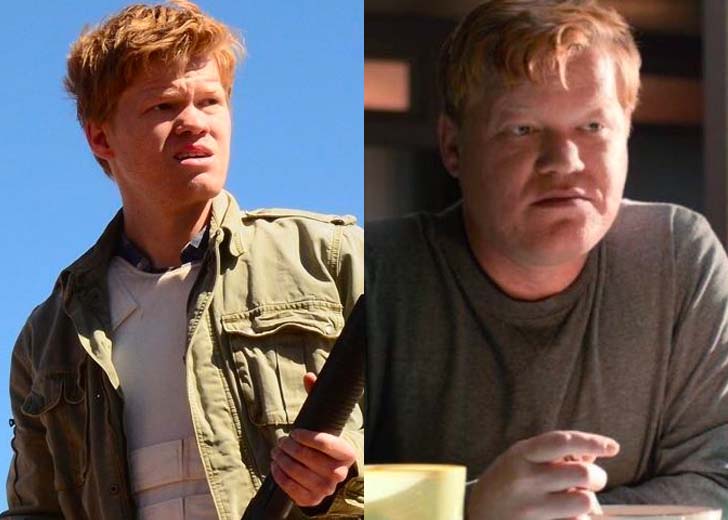 Jesse Plemons came into the spotlight after his brilliant portrayal of the evil sociopath Todd Alquist in one of the best television shows of all time — Breaking Bad.

Six years after the Breaking Bad finale, the American actor went on to reprise the same role for El Camino: A Breaking Bad Movie, released on Netflix on October 11, 2019.

But this time around, Plemons faced quite the backlash from the media and public, not because of his acting as it was perfect, but due to his different look. And that different look was because the actor had gained a subsequent weight.

So, what was the reason behind Plemons’ weight gain for El Camino: A Breaking Bad Movie? Was he told to gain some weight? Or was there any other reason behind it? Here is everything you need to know about it!

In the final season of Breaking Bad, we saw Walter White – played by Bryan Cranston – flee away from the DEA, and Jesse Pinkman – played by Aaron Paul – get captured by Todd Alquist and his associates.

And in the final episode, ‘Felina,’ we got to see Walter White return to do one last thing; make some amends to his family by returning to Albuquerque and free Jesse Pinkman from the captive of Todd Alquist.

During his plan to free Jesse Pinkman, Walter White empties a whole round of bullets and kills Todd Alquist and all of his associates. In the end, we see that Walter also got shot by one of the bullets and died later.

Jesse Pinkman’s journey of fleeing away from the police authority to start a new life in Alaska is later shown in El Camino: A Breaking Bad Movie. The movie takes place right after the events of Breaking Bad, and there is no time gap.

In addition, the movie also gives some glimpse of how Jesse Pinkman was tortured by Todd Alquist and the horrible things Todd Alquist did while Jesse was captured. And when we saw Todd in the movie, one thing was instantly noticed; his appearance and weight gain.

At the filming of Breaking Bad, actor Plemons was 24 years of age, and by the time El Camino was filmed, he was already 30. Another factor that had a huge impact was that the Netflix movie was filmed secretly within 50 days.

So, Plemons might not have had enough time to get back in shape or undergo a weight loss journey to look like he was during the events of Breaking Bad.

Jesse Plemons had other acting commitments

After his stint in Breaking Bad, Plemons had multiple acting commitments before returning as Todd in El Camino: A Breaking Bad Movie. And as many would know, different roles require different commitments.

Some of the many acting projects Plemons did require him to gain weight to fit in character. Plemons’ first acting commitment required weight gain was the 2015 movie Black Mass, starring Johnny Depp and Benedict Cumberbatch.

Likewise, for his role as Ed Blumquist in the show Fargo, Plemons did some weight loss, but it wasn’t significant. Afterward, he got more roles that required a heavy character, including Black Mirror, Vice, and The Irishman.

And as The Irishman was filmed around the same time as El Camino: A Breaking Bad Movie, Plemons didn’t get much time to lose weight. Moreover, the filming period for El Camino was only around 50 days.

So perhaps, it would have been a hassle for Plemons to reduce weight for El Camino and again gain it for The Irishman. Due to these and maybe other undisclosed reasons, Plemons decided to show up with a heavier look to film El Camino, and thus people saw his weird-looking weight in the movie.

Jesse Plemons on his weight gain

Plemons had reportedly gained around 30 pounds more weight during the filming of El Camino. However, the media were already asking him questions about his weight gain. During his 2016 interview with GQ, he was asked if gaining weight for Black Mass was worse or if having to talk about it was.

He replied, “Doing it or having to talk about it? And then it carried over to Fargo, too. Everyone’s like, ‘You gained all this weight!’ I was like, ‘No, I’ve been fat for a while now.’ Yeah, talking about it, if anything, makes me a little more empathetic — sympathetic? — to what women have to go through.”

“My God! Men in general are just not held under the same microscope in that way. It’s bizarre that that’s all people wanted to talk about. Why is that some sort of a badge or some sort of accomplishment? Like, anyone can do that. You just have to eat shit.”

In addition, the interviewer told him that people were cavalier about bringing the topic of his weight up, although they didn’t feel great about it. “No. And I had lost a little bit of weight at the Fargo premiere,” the actor said.

Plemons continued, “and I remember this guy, like, ‘What’s your secret to losing the weight? Tell us!’ I was like, ‘Well, I was eating everything, and then I just stopped eating terrible food.’ It’s not too complicated.”

Well, that does it then. Plemons’ weight gain led many to backlash or “fat shame” him, but many defended him as well. And upon knowing the reason, the fat-shaming shouldn’t continue — although fat-shaming is something that shouldn’t exist in the first place.

Justin H. Min Thanks Fans for Hating Ben in ‘The Umbrella Academy’ Season 3