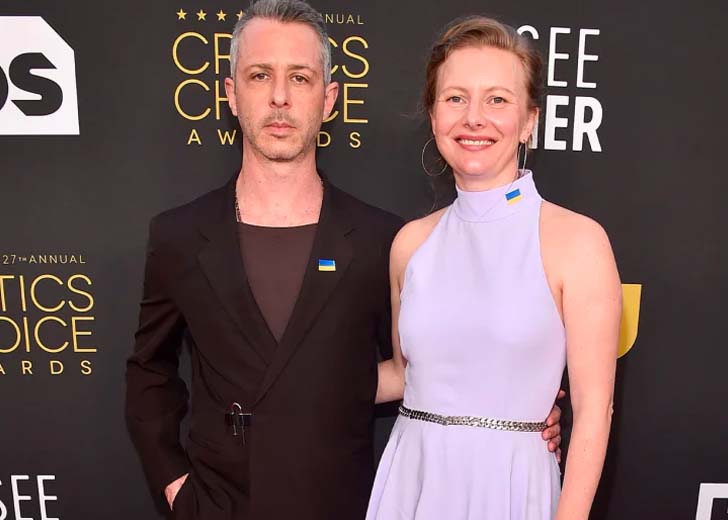 Jeremy Strong has always been happy to talk about his beloved wife, Emma Wall. They have been married since 2016 and have built a family of five together.

Strong is famous for his role as Kendall Roy in the HBO television series, Succession. He has gained global fame through his performance in several movies and TV shows.

Although the actor is public about his family with his wife, Wall, fans still search for details on their marriage. Where they met and how they fell in love is a mystery to them.

The Succession star married his wife Wall in 2016, creating a beautiful family with her ever since. Wall was born in Denmark and is half-Danish, and is a skilled psychiatrist. The couple met at a party in New York in 2012.

Although they haven’t shared many details about the relationship, the couple connected immediately after their encounter in 2012. After years of dating, the Strong-Wall couple finally hitched in 2016 at an intimate wedding.

They got married in the birth country of Wall, Denmark, at a castle called Dragshlom Slot. Incidentally, they invited their family and close ones to celebrate their love.

Strong isn’t open about his marriage but is smitten every time he talks about Wall, indicating that he’s happily married to her. Moreover, the couple has brought a beautiful home in Copenhagen, Denmark, although they mostly live in New York.

Jeremy Strong is the father of three children

The Strong family welcomed their first child, their daughter, Ingrid, in 2018. At the time, Strong had just wrapped up filming Succession. Moreover, they birthed their daughter at their home in Copenhagen, Denmark.

The actor reportedly stated that his life has changed since her birth and become more “stable.” He added, “There’s something to come home to.” Soon, their family welcomed another beautiful daughter, Clara, and the Strong family was happy.

Clara was born around 2019, a year after the birth of her elder sister, Ingrid. Since she was born near the pandemic, Strong has had time to spend with his wife and children.

He says in an interview, “As you know, when you’re an actor and you’re away a lot, you’re sort of half there and half somewhere else, so this has been a real gift in terms of an opportunity to be really fully here with my family.”

In 2020, he appeared on The Late Late Show With James Corden, showing beautiful jewelry referring to his daughters. Showing a necklace, he says, “On the back is my daughter [Ingrid]’s footprint,” he added, “And then [for] my other daughter, I’ve got a bell. Her name is Clara and the bell felt sort of clear and shining and bright, which is what her name means.”

Again, in 2021, the couple was blessed with their third and youngest daughter. They have yet to reveal her name to the public, but they seem to be the happiest with their family of five. However, Strong says that it has been challenging for him to balance work and life.

Is Nicholas Hoult Married to a Wife? Meet the Actor’s Longtime Partner