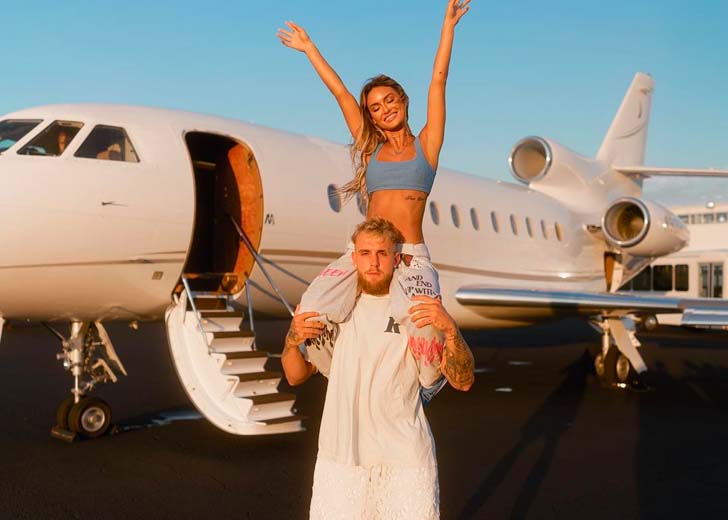 Jake Paul and his girlfriend Julia Rose started dating in 2020. But their relationship has been tumultuous since then.

Two years later, they are planning on getting pregnant and raising a baby.

The Instagram model and the YouTuber turned boxer met on a music video shoot, and the romance appears to have bloomed swiftly after that. Though the pair have since had an on-again-off-again relationship, they seem to love each other despite the ups and downs in their life.

Now, they are planning on taking a step further and getting pregnant with a baby.

Jake Paul on getting pregnant with Julia Rose

On BS with Jake Paul, the Youtuber turned boxer stated to UFC fighter Sean O’Malley that he was talking with his girlfriend about when to be pregnant and raise a child.

He said, “Julia and I are actually having conversations on like, when to get pregnant.”

Then, Paul praised his partner and called her his support system. He confessed that Rose was someone he could rely on for emotional support and depend on her.

He believed that every man needs a great woman and vice versa. For him, Rose is that woman. As a result, he feels like he can raise a baby with her and start a family of their own.

O’Malley discussed Paul’s impending fatherhood on his own podcast TimboSugarShow. The UFC fighter acknowledged that his riches would undoubtedly assist while he is too young to be a dad.

He said, “I think Jake’s what 25-26. Usually, I would say I don’t know that’s pretty young, but when you’re financially fine and have that much freedom is different.”

He added that he usually would not encourage someone who is 25 to start a family. However, he noted that if the person has financial flexibility, then the situation is different.

O’Malley pointed out that the person would be able to do whatever they wanted. And when it comes to Paul, pursuing a boxing career almost makes it easier to raise a child because it would keep him grounded and modest.

Paul and Rose allegedly met on the set of his music video for ‘These Days’ in 2019. Rose portrayed his girlfriend in the video.

Within hours, Paul stated that he was serious about the model. He claimed to spend six hours with the model, and by the end, he confessed he loved her.

Jake Paul plans on getting pregnant with his girlfriend Julia Rose and raising a baby. (Source: Instagram)

The couple began dating in early 2020, barely a month after Paul ended his relationship with Tana Mongeau. They made their Instagram debut in February 2020, with Paul uploading a photo of Rose smothering her new beau with PDA.

Paul formally presented his stunning new partner to his YouTube followers in March 2020 via a vlog. According to Page Six, the duo ended their relationship in early 2022 when Paul tweeted, “Alexa, play “I’m Single” by Jake Paul.”

However, a source for the magazine claims that he is “devastated,” but has “gone on with other females.” Jake was spotted kissing Instagram model Sky Bri on the beach in a hot repost to her stories, according to Dexterto.

Their breakup was confirmed when Paul commented, “God damn u honestly are so [expletive] hot it’s ridiculous,” on Rose’s Instagram post.

Then, Rose replied, “@realskybri @emilysalch either of you wanna come claim him since you’re so eager to post him? “Prime example of why I broke up with him. Feel free to post more sh*t to make me feel better about my decision.”

However, Paul confirmed in April 2022 interview for the New York Post that the pair were still dating and was back on track. When asked if he “had time” for a romance, the boxer allegedly said yes, and that he was delivering the interview from Rose’s home.

In June 2022, he confirmed the reunion with a steamy collection of Rose’s photographs.