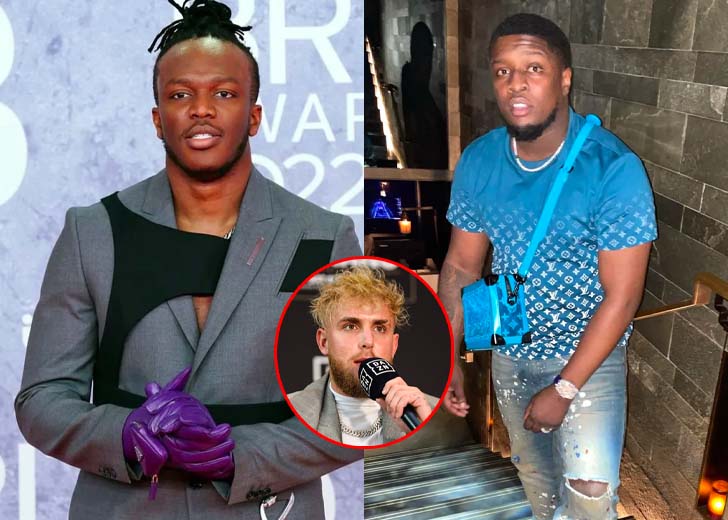 KSI is a professional boxer who has fought Logan Paul, Jake Paul’s elder brother, in the past. He is preparing for the first fight since he was announced victorious against Logan in a professional rematch in 2019, which took place at Staples Center, Los Angeles.

The upcoming fight is set to take place on August 27 at The O2, London. Originally, KSI was set to clash with Alex Wassabi but Wassabi due to some serious injuries was forced to withdraw. As a result, Jake Paul offered to fight, but KSI denied his offer.

KSI’s real name is Olajide Olayinka Williams “JJ” Olatunji — and he is an English YouTuber and rapper. He is also the co-founder and member of the British YouTube group called Sidemen.

KSI’s opponent for August 27 will be Swarmz

KSI vs. Alex Wassabi was scheduled to take place on August 27, 2022. However, due to a major concussion faced by Wassabi, it was announced on August 6 that Swarmz would be KSI’s new opponent.

KSI was then offered a fight by the famous social media personality and boxer, Jake but was immediately denied. KSI tweeted, “The show will go on on August 27th and you or MVP won’t have a thing to do with it. Enjoy your night out buddy @jakepaul.”

Another tweet read, “What you didn’t know is that we actually contracted another fighter in case you guys pulled something like this @jakepaul.”

Soon after the tweet, on August 7, Dramaalert also confirmed that Wassabi’s replacement would be Swarmz. KSI and Swarmz have known each other as they have worked on a song named ‘Houdini’ previously.

The manager said that KSI and Swarmz have some private beef going on which has not been public yet. He explained, “Swarmz decided not to show up to an event he committed to show up to, which was disrespect.”

In addition, he said, “He turned up three hours late and JJ did not like this and Swarmz hates JJ for whatever reason.”

Swarmz’s real name is Brandon Scott, and he is a British singer and rapper as well as a former semi-professional footballer. He has never fought before, so the clash against KSI is the first one.

Fans’ reaction towards KSI vs. Swarmz

Whether a fan of KSI or not, they have shown quite a diverse opinion towards the fight between KSI and Swarmz. Some of the fans are looking forward to the fight while other admirers are not interested.

One of the tweets said, “Ngl KSI vs Swarmz would be more interesting than KSI vs Wassabi. The build-up will be jokes.”

However, the other tweet included, “Ksi vs Jake Paul? Cus please tell me you’re not fighting swarmz.”

The reaction of fans seems to be quite a contrast and contradiction as half of them are sad, and the other half are happy regarding the matchup.

Fans’ reactions have not been quite positive towards KSI as he chose Swarmz as his opponent. Jake even called him out, saying, “This is officially the biggest duck of all time.”

KSI then reacted by explaining, “Just wanna say that at the end of the day, one of the main goals of this first fight was to get rid of ring rust. I wanted to prove to myself that I’m a better boxer than I’ve portrayed in the past.”

He further added, “If you wanna see, fine. If not, fine. I’m still doing it anyway.”

Nonetheless, it seems like the fight between KSI and Jake Paul might take place in the future. Just a few hours ago, KSI tweeted, “I’m gonna send you a contract. We fight next year. Wembley Stadium. The winner of the fight takes all.”

Furthermore, the rapper added, “100% of the purse will be on the line. Put your money where your mouth is and let’s finally end this. Will you accept?”