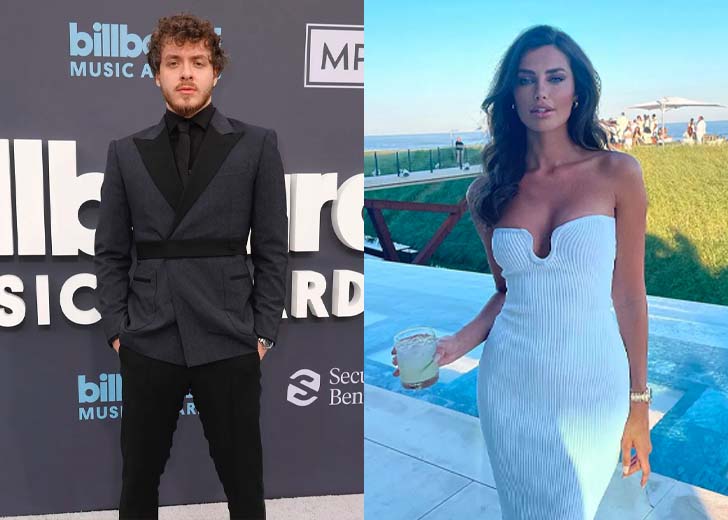 To date, Jack Harlow has been linked with a lot of people.

The rumors of his dating history include a lot of famous personalities, including Selena Gomez, Saweetie, Camila Cabello, and Addison Rae. However, he has been seen with a woman who he explicitly called his girlfriend.

Similarly, he has never revealed if he is in a relationship or if he is dating someone as well. But recently, he was linked with someone new.

As said before, the ‘Whats Poppin’ singer has not revealed who his girlfriend is. But Deuxmoi reported that he is currently dating someone.

Deuxmoi is an Instagram gossip page that posts news about celebrities on their stories. The gossip they receive is often anonymous, but it has been proven true in the past.

Recently, a person by the pseudonym Rara Rara revealed that the singer has been dating Rebecca Donaldson. Donaldson is a model who previously was in a short-term relationship with Scott Disick.

According to the US Weekly, Disick and Donaldson parted ways after casually dating for two months. They were seen together shortly after the wedding of Disick’s former partner, Kourtney Kardashian, and Travis Barker.

Disick and Donaldson were often photographed together while doing their daily errands. However, many believed their relationship was serious after Disick brought his girlfriend as his date to the premiere of The Kardashians.

After two months of being together, the couple parted ways. Sources for them told the tabloids that they were never serious and were casually dating.

After Disick, Donaldson was reported to be the girlfriend of Harlow. But neither she nor the singer has confirmed their relationship.

Who is Rebecca Donaldson?

Donaldson is an influencer and model who has a large following. She is currently under the management of M+P Models, according to her Instagram.

She is 5’7″ tall with dark brown hair and blue eyes. Based on her modeling resume and the few pictures she has uploaded on Instagram, she has modeled a variety of items —  from intimates to evening dresses.

Donaldson is also an entrepreneur with her own brand. Her Instagram bio refers to Muse Activewear, which she describes as “Athleisurewear for the ambitious, inspired female.”

In a May 2021 interview with Vestd, Rebecca talked about her company’s history. She started her brand in October 2020 during the UK lockdown.

She said that Muse targetted motivated, aspirational women. The primary aim of the brand is to provide a large selection of supportive, comfy gym clothes that may also be worn outside of the gym.

The collection is centered on the ‘woke luxury’ minimalist movement, which features restrained shapes and neutral, year-round color schemes. Donaldson explained the inspiration behind her brand, saying she wanted to make something she could not find in the market.

So, her brand is affordable and has good quality —  something she would wear daily and is proud to put her name on it. Another reason why Donaldson started her own business is that she never had a 9-5 job.

She has worked part-time for about six months, but that was all. Regardless, her ambitions were successful; now, she is a proud business owner, entrepreneur, and model.