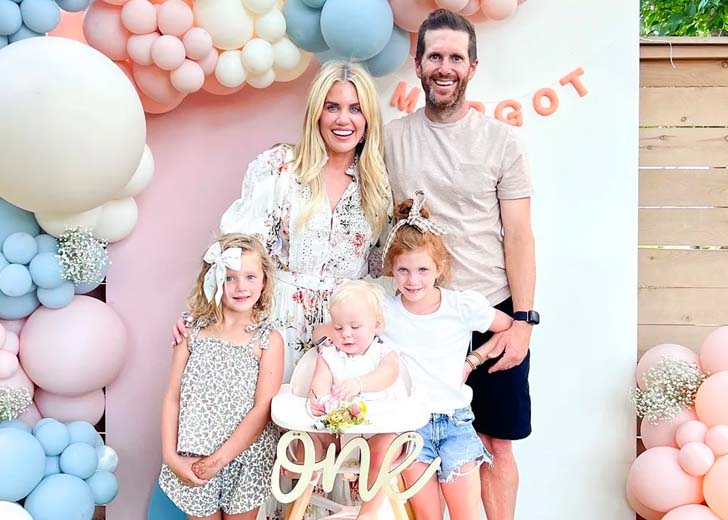 “Syd was on a skateboard, dressed in the skinniest skinny jeans I’d ever seen,” Shea McGee shared her first impression of her husband.

Shea and Syd McGee have a great success story to share with their followers on Netflix‘s show Dream Home Makeover.

They were married in 2008 and ran an interior design and online store with 70 staff and clientele worldwide.

Now, the duo work as interior designers and hosts the reality series Dream Home Makeover on Netflix. They had begun their company in a bit of space, and now they had brought miraculous design history.

How did the ‘Dream Home Makeover’ couple meet?

Syd and Shea first met through her brother. Shea went to Utah Valley University to see her brother. At that time, Syd was her brother’s roommate.

The couple met for the first time when Shea decided to accompany her brother to assist McGee in relocating their home. They were both college students at the time.

Shea’s brother told her, “My buddy Syd would be there, and you’re going to like him, but don’t because he’s my friend.”

“I knew I was in big trouble as soon as I pulled into the parking lot. Syd was on a skateboard, dressed in the skinniest skinny jeans I’d ever seen,” she added.

Shortly after that night, the couple started dating. Now, they are married and living happily with their kids.

Shea and Syd started their journey from the ground up and had a humble beginning. Shea had a two-month-old baby when she wanted her “little” design business to flourish. She then launched the website and created an Instagram account.

As her company expanded exponentially, she considered incorporating Syd as a partner. Syd had been working in digital marketing for six years at the time.

Their new journey, however, was not as smooth as expected, as they nearly lost everything. The couple took a significant risk by quitting their office jobs to start their business, but they ended up broke.

Explaining the situation, she said, “When we start butting heads, it’s not because we disagree on things. It’s because we’re feeling stressed in our business at the same time.”

“We can’t just go home and rely on the other because the other had a good day. We both had a bad day at the same time, and then we came home to juggle family responsibilities. We’re just feeling it, and it’s affecting our personal lives,” she added.

The McGree couple has three lovely daughters. They are named Wren, Ivy, and Margot.

As of 2022, Wren is nine years old, and Ivy is six years old. Similarly, Margot was born in the year 2021. Mr. and Mrs. McGee were overjoyed to welcome their third child.

There is a five-year age gap between their now-middle child, Ivy, and the new baby. Shea told People, “Now I’m feeling like our girls are going to take on the responsibility of being helpers.”

Furthermore, the McGees recently celebrated the first birthday of their third daughter. They posted an adorable photo of them on Instagram with the caption, “Margot is officially one, and I’m officially in denial.”