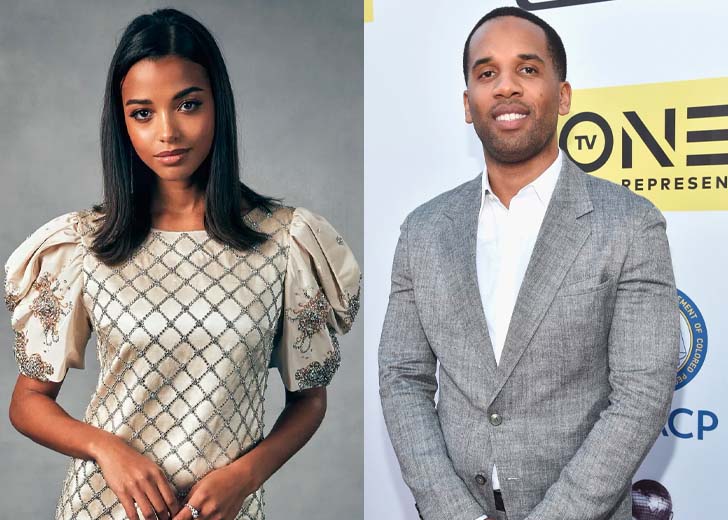 The rumor about Ella Balinska and Maverick Carter dating has been circulating on the internet recently.

The rumor escalated when they were seen together at a Nas show in May, and Nas posted a picture of all of them together on his Instagram account.

However, not much information online could confirm whether or not they are dating. And neither Balinska nor Carter has spoken anything regarding their dating rumors.

Balinska seems to keep her life very private, and it’s no different with Caster. So, it cannot be surely said if the pair are together.

Ella Balinska was very athletic since her early age

The Charlie’s Angels star is a well-known English actress born in London on October 4, 1996, to entrepreneur Kaz Balinski-Jundzill and chef Lorraine Pascale.

Balinska describes her heritage as a blend of “British, Polish, and Caribbean.” In 2000, her parents divorced, and her dad married model Sophie Anderton.

She was athletically active from a young age. She participated in track and field at the national level and played county-level netball. She was a javelin thrower for Team London.

She is most known for co-starring with Kristen Stewart and Naomi Scott in the 2019 action comedy picture Charlie’s Angels, a sequel to the 1976 television series of the same name and two preceding theatrical features.

It was released in November 2019 and received mixed reviews from critics. Balinska appeared in Resident Evil, a Netflix live-action television series based on the same-named video game franchise, which came out in July 2022.

She is set to be seen in the science fiction thriller film The Occupant. “I’m lucky that I’ve been able to make really interesting choices that excite me, that are moving the needle,” the 25-year-old Resident Evil star said.

Maverick Carter and LeBron James have been friends since 8

Carter was raised as the son of Otis Carter and social worker Katherine Powers. Most of Carter’s formative years were spent in Atlanta, Georgia, and Akron, Ohio.

He got his name from his grandmother, who owned a late-night gambling parlor.

Carter moved to Los Angeles in 2015, three years before LeBron James, who, according to Carter, was “like a little brother” to him when they were younger. They met when carter was only 8 years old, and they both played football and basketball at St. Vincent-St. Mary High School.

He left Western Michigan University after his first year to work as an intern in Nike’s basketball sports marketing division. He worked as a full-time employee for several years before James snatched him in 2004.

There were hiccups in the path despite their triumphs. The Decision, a much-maligned 2010 TV special announcing James’ transfer from Cleveland to the Miami Heat, was the work of Carter.

Carter admits, “I didn’t understand production then.” Three years later, he was confident enough to establish SpringHill, and a year after, Uninterrupted.

Carter and James struck an agreement in 2021 in which each received a share in the Boston Red Sox.

He was an executive producer on Hubert Davis’s 2022 documentary, Black Ice, alongside James and Drake.

Posted on December 25, 2021December 25, 2021
Photo: Kamrin Houser Instagram Jordyn Jones seems to have found a boyfriend over four months after mentioning she was single. The American actress has...
Read More