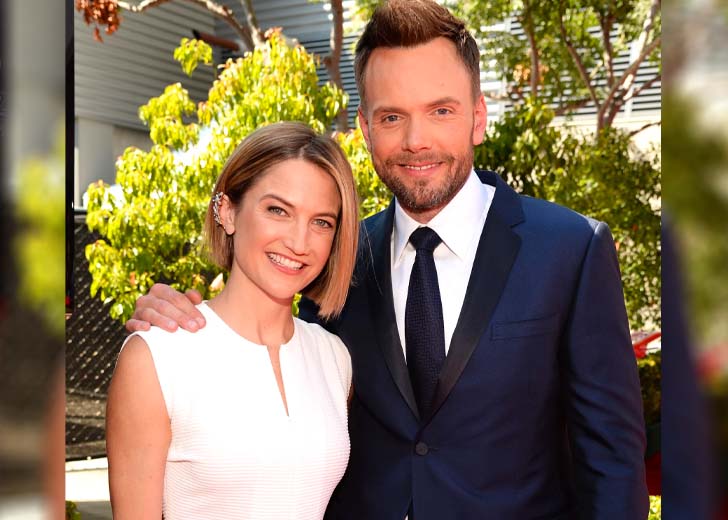 The couple is parents to two children.

Joel McHale is a successful comedian and actor. He is married to his high school sweetheart, Sarah William.

McHale is best known for his roles on NBC’s Community as Jeff Winger and as a host on The Soup. He has been in the entertainment industry for over two decades.

Similarly, he has hosted an after-show special for The Tiger King. The performer has numerous voice-overs, hosting roles, guest appearances, and recurring roles.

It is difficult for celebrities to remain out of the spotlight, but McHale and his wife, Williams, have done so despite being married for more than two decades. The couple remains a mystery to fans, and it appears they do not have much information to help people understand them.

So keep reading to learn more about McHale and William’s love life.

McHale and William first met in 1995 at the University of Washington. They were both in their twenties at the time. The actor immediately fell in love with her and asked her out through a mutual friend.

He once admitted that before meeting his wife, he had terrible luck with love and assumed that this would be the same, which is why he approached her through a friend.

McHale recalled the friend saying, “I’ll ask, but fat chance, buddy.” William took the chance, and it appears the two hit it off immediately. Since then, the couple has been together.

When did Joel McHale And Sarah William get married?

The couple dated for a year before getting married in front of friends and family in 1996. Williams wore her mother’s wedding gown and her late grandmother’s necklace. Her previous and current professions are unknown, but McHale describes her as a super mom who can do amazing things.

The actor has been married to his wife, Williams, for over two decades now, and they have two sons. After the birth of their first child, the couple encountered difficulties as he was born with two large holes in his heart. The couple also experienced a miscarriage.

The couple manages to stay together despite their difficulties. They live with their two sons, three dogs, and a rabbit. They are not very active on social media but post pictures of their children and pets.

The actor and his wife recently celebrated their 26th wedding anniversary. McHale posted a photo of himself with his wife on July 20 with the caption, “26 years married? Wow. I love you. Thank you, Sarah Elizabeth. You keep breaking world records for patience with my annoying [expletive] (evidenced by me in this picture grinding my right eye into your left orbital).”

Following the post, many of his followers and close friends congratulated them. Furthermore, this post indicated that the couple is still madly in love after many years of marriage.

McHale rarely posts his wife on social media, but when he does, it’s lavish praise on her and expresses how much he adores her.