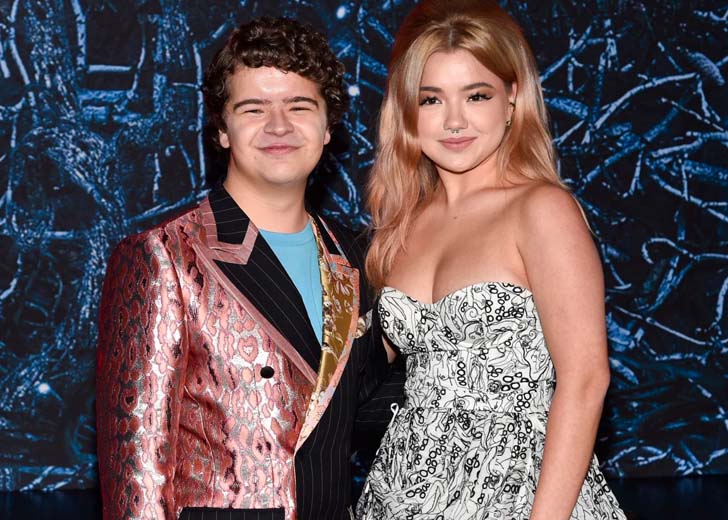 While Gaten Matarazzo dates Suzie as Dustin Henderson in the famous TV show Stranger Things, his real-life romance is with Elizabeth Yu, who is also known as Lizzy.

It is apparent that they are doing it right as they have been going strong for over three years now.

Matarazzo and Yu have been together for a long time, and their first Instagram post was in 2018. After they first began dating in March 2018, the Stranger Things actor began sharing photographs of Yu on social media.

They haven’t stopped showing off their affection for each other, from attending school dances together to hanging out on the beach.

For instance, Yu uploaded a photo of the two-attending prom together in May 2021. For his part, Matarazzo shared the same photo with the caption, “Got to go to prom with this goober. Thanks for letting me tag along broski. Love you.”

He also wrote, “the camera quality in this picture is immaculate,” hinting sarcasm towards the blurred photo quality.

While Matarazzo loves showing off his love on social media, his fans have also been showering affection on their pictures through comments. Many even write, “Where is Suzie?” in reference to his on-screen love interest.

Yu isn’t as active on social media as her partner, but that doesn’t mean she doesn’t post with him.

Who is Matarazzo’s girlfriend, Elizabeth Yu?

The Netflix star has been seen with his girlfriend Yu on numerous occasions, including the premieres of Stranger Things. This sparked the interest of fans towards her more than before.

And if you are one of them who does not know her, then know that Matarazzo’s girlfriend Yu is also an actor. But she is yet to appear in any of her major projects, as a few are still in the making.

As per reports, the diva will be featured in Ray Romano’s Somewhere in Queens, which will premiere at the Tribeca Film Festival in June 2022.

In the project, she will reportedly play a supporting role, whereas Romano will play a father who meddles in his son’s life to compel him into applying for a college scholarship through basketball.

In addition, Yu will appear in the upcoming live-action remake of Avatar: The Last Airbender as Azula, a fierce air bender. She will play the lead antagonist in the show. The show’s premiere date is yet unknown, but it has the potential to be as big as Stranger Things.

Matarazzo’s family relationship with his girlfriend is the cherry on the cake in their relationship.

Yu apparently shares a very lovely bond with Matarazzo’s family, and the actor’s family members are also very fond of her.

“My family loves her, she’s great. My brother and my sister get along well with her great. We play pool,” Matarazzo told Us Weekly in September 2018. “I have a pool table at my house.”