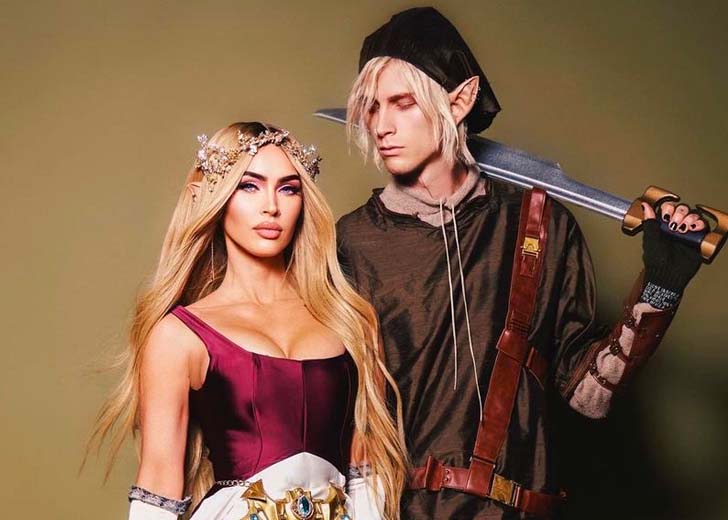 “I’m devastated to be off your list,” Megan Fox wrote.

Megan Fox responded to a fan, trolling and accusing her of not shaving her bikini line after she shared a series of Halloween snaps with fans on Instagram.

On Thursday, the diva posted a series of videos and pictures from her Halloween prep alongside fiancé Machine Gun Kelly. The two appeared to dress up as Zelda and Link as one of their couples costumes this year.

The high slits on Fox’s skirt showed off some serious skin, with one fan mistakenly believing the photos also shed light on her grooming habits. “All that money and she can’t buy a razor. She’s now off my ‘list,'” they wrote.

Fox was quick to respond to that nasty fan comment.

“Are you mistakenly referring to my tattoo? Either way, I’m devastated to be off your list,” she responded. “Was hoping you’d wife me.”

Fox has had the pelvis tattoo for years, showing it off in various bikini pics throughout the early 2010s. At the time, it read “Brian,” a tribute to her then-husband Brian Austin Green.

While she has gotten some of her tattoos removed in recent years, it’s unclear if she altered this one at all after their split.

Fox and Green were married from 2010 until 2021 and share three children, Noah, Bodhi, and Journey.

Megan rebounded with MGK, and the two got engaged in January 2022.

Green, meanwhile, started dating his former Dancing with the Stars partner Sharna Burgess in 2020. The pair welcomed their first child together, a baby boy, in June 2022.

How Long Does THC-O Last In Your System?

Posted on September 20, 2022September 20, 2022
Consuming ingestible products such as edibles, capsules, etc., of THC-O products and its effects lasts for a long time as the cannabinoids are absorbed...
Read More

Why You Cannot Beat The Glamour of a Gambling Night Out

Posted on October 27, 2022October 27, 2022
In games that follow the traditional poker hand rankings, no other created hand can compete with a royal flush.
Read More