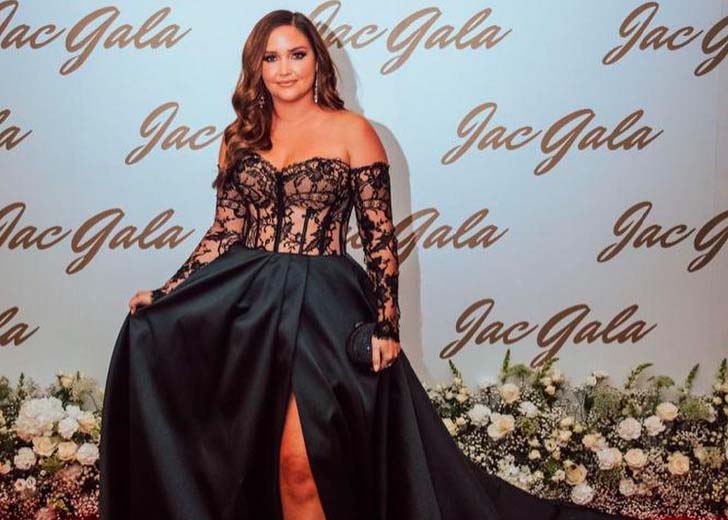 The former EastEnders star looked stunning in the sparkly dress.

Jacqueline Jossa celebrated her 30th birthday at the weekend with a lavish bash attended by her husband and showbiz pals.

As per Dailymail’s reports, she continued the celebrations on Wednesday when she enjoyed dinner with her loved ones after attending the launch of her latest In The Style collection at London’s STK restaurant.

The diva put on a dazzling display as she donned a silver sequinned dress with a thigh-split detail for the occasion.

The former EastEnders star looked stunning in the sparkly dress, which featured a one-shouldered detail and a tie belt that cinched her in at the waist. She finished off the look with a pair of towering clear heels.

Jossa styled her brunette locks in glamorous waves, while highlighting her features with a sleek palette of makeup.

The mother-of-two oozed confidence as she posed for a snap after having an earlier photoshoot with In The Style for the collection at the London hotspot.

She also took to her Instagram stories on the night to document the joint celebrations as she had fun with her loved ones and In The Style founder Adam Frisby.

It comes after she looked sensational as she arrived at her own 30th birthday party held at The Grand Marquee in Brentwood, Essex, on Saturday night.

On her birthday, the actress showed off her svelte waist in a black satin gown with a lace bardot bodice, in keeping with the ‘glitz and glamour Hollywood-style’ dress code.

She cozied up to her dapper husband, Dan Osborne, 31, on the red carpet, who cut a suave figure in a black tuxedo and bow-tie at the star-studded event.

TOWIE’s Dan was also seen with his lookalike son Teddy, nine, from a previous relationship, who wore a matching outfit as his dad.

James Argent, who previously appeared on the ITVBe reality show with Dan, dressed to impress in a crisp white blazer and shirt, which he wore with black trousers.

He wrapped up with a black shearling jacket and had styled his brown tresses into a messy do.

Jossa’s former EastEnders co-star Shona McGarty brought the glamour as she flashed her legs in a thigh-split green dress, which she styled with a matching stole.

Posted on June 23, 2022July 5, 2022
There are many popular sports to bet on online, including football, basketball, baseball, hockey, and golf.
Read More