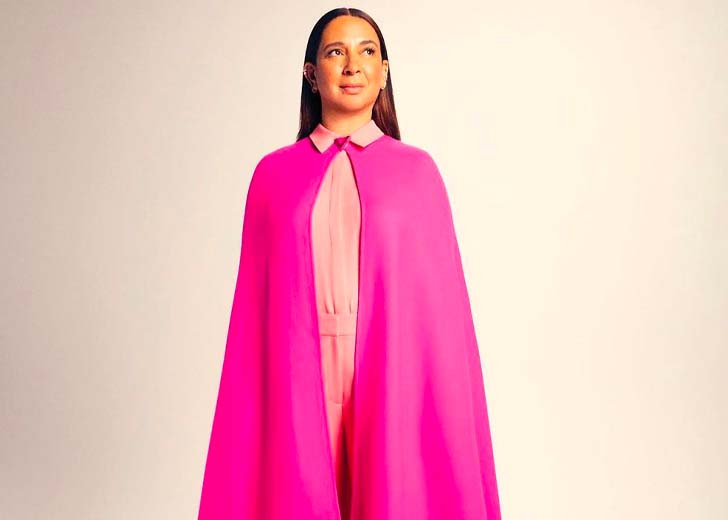 “My kids are the biggest Disney fans,” the actress said.

Maya Rudolph is all excited about her new role as a villain.

In a recent conversation with reputed People magazine, she said, “Every costume and wig I got to wear was more beautiful than the next.”

“And I had incredible details like my beautiful crowns, which were designed just for Malvina and dark nails, like claws. Also yelling at people and bossing them around is so fun because it’s so over-the-top that it’s funny.”

The actress is also excited for her four children, Minnie, 9, Jack, 11, Lucille, 12, and Pearl, 17, whom she shares with longtime partner, filmmaker Paul Thomas Anderson, to see the movie.

“My kids are the biggest Disney fans,” she stated. “And I am, too. I think they are going to love it.”

Rudolph was especially taken by her costar Amy Adams, who reprises her role as Giselle. “I loved the first movie so much and was genuinely starstruck when I met Giselle,” she said.

“The minute I saw Amy in her costume, I really felt like she was real. She has a twinkle in her eye and the sound of her voice is like music.”

Which led to great off-camera moments like “harmonizing with Amy on set,” Rudolph recalled. “I love to harmonize but rarely have someone to do it with but this time I got the best of the best! That and filming in Ireland. We are so lucky that we got to be there. I fell in love with it and made friends for life. Ireland will always have my heart.”

She was later asked about a recent interview, which portrayed her as being heartbroken after her first appearance on David Letterman’s show when he mispronounced her name, Rudolph clarified that “it’s unfortunate that this became a story as I was misquoted by the magazine and therefore the intent of the conversation was misunderstood, which was upsetting to me as Dave is one of my comedy idols.”

“It has since been corrected but it was really part of a larger conversation about me learning from my mistakes and about how to get comfortable with speaking publicly early in my career and getting better at it with time,” she explained.

“It was never a story about Letterman, he did nothing wrong. It wasn’t about him mispronouncing my name, that’s not a big deal and happens to me often, it was about how I handled that moment. This was not a story about the past to create blame but for me to self-reflect.”

Disenchanted premieres on Nov. 18 on Disney+.