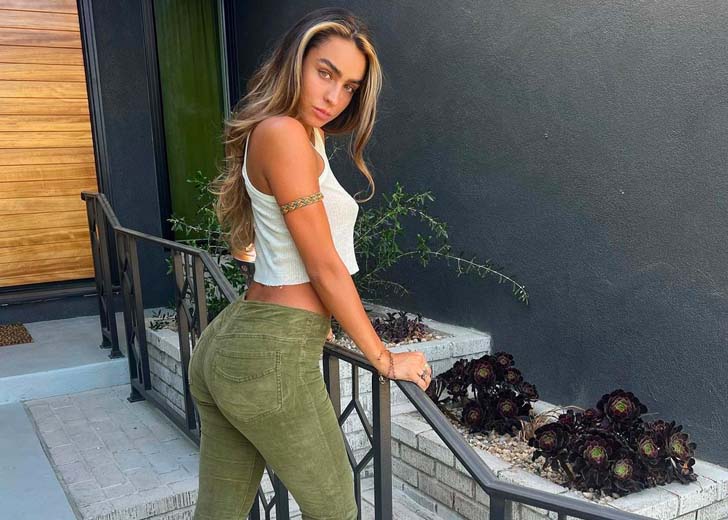 Sommer Ray, an Instagram influencer and model, has dated famous personalities in the past, but her dating life has been dry for some time now.

The social media sensation has left her 26 million Instagram fans wondering about her dating life as she hasn’t posted anything about it on the platform.

Is Sommer Ray dating anyone?

Ray might be single right now, as no social media posts have been made that would suggest she has a boyfriend.

Her most recent love life is still a mystery. She hasn’t been actively dating anyone based on her social media activity.

Or is she single? The model may have chosen to date secretly, away from the public eye. However, she hasn’t formally addressed her relationship status.

The influencer has, nonetheless, been in a few relationships with several famous men.

Sommer Ray dated Machine Gun Kelly in the past

Ray dated famous musician Machine Gun Kelly (MGK) before he committed to an intense and loving relationship with Megan Fox.

In March 2020, the model publicly affirmed their relationship on Instagram, confirming the rumors that had been circulated following the musician’s post that featured photos from their trip to the Bahamas.

MGK is very forthcoming regarding his personal life. He demonstrated this not only on Instagram but also on Twitter by retweeting a picture of him and Ray sharing a kiss. They were spotted together attending a concert as well.

They appeared to click right away when the couple first met in 2017. They first connected while working on the TV show Wild’ N Out.

They did, however, only have a fleeting romance. The two only spent three months together, and the pair was already on the verge of breaking up in April 2020.

The fact that Ray would not “settle for less” and encouraged her fans to do the same was evident from her tweets on Twitter.

Sommer Ray was rumored to be dating Tayler Holder

Ray was involved with Tayler Holder after her brief but contentious engagement with MGK ended. Like her, he is a well-known TikTok figure and an Instagram influencer.

Holder released a video with Ray in May 2020, when all the allegations first surfaced. In a TikTok video, he scribbled “5.19.20” in the video, which others naturally interpreted to be the day they first started dating.

So, the presumption was correct. The pair have since uploaded many adorable and heartwarming TikTok videos on their TikTok and Instagram accounts.

However, their connection wasn’t official at the time. Later in June 2020, Holder posted an Instagram statement confirming their relationship.

No solid clues had previously surfaced, but an Instagram story uploaded to Bennett’s page undoubtedly aroused some questions and generated discussion.

In the story, Bennett and Ray were seen in photo booth pictures that seemed very intimate and locking lips in the final image.

After 24 hours, the Instagram story expired, but not before the fans of both parties downloaded screenshots and made assumptions about whether they were dating each other.

Ray also shared a photo on her Instagram with the video producer that showed them at a theme park of some kind. Nevertheless, neither party issued an official statement regarding their relationship.

Similarly, the model had quite a brief relationship with Max Ehrich and Bennet Sipes in the past, and according to the online reports, she had a thing for Faze Jarvis.