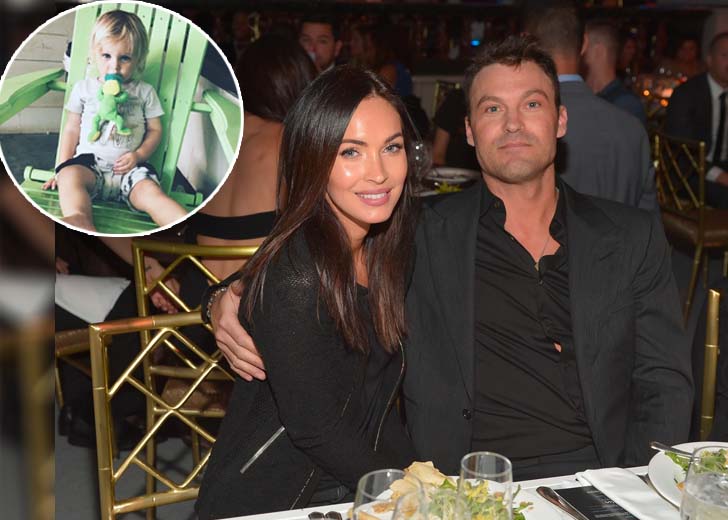 Journey River Green is the youngest child of Megan Fox and Brian Austin Green. Journey’s parents are both well-known actors. In addition to him, the ex-couple has two sons, Bodhi Ransom Green and Noah Shannon Green.

Since the former couple is no longer together, fans are often curious about their children.

So here is everything you need to know about young Journey River Green, his brothers, and more.

Journey was born in Los Angeles, California, on August 4, 2016. He is currently five years old and will soon turn six.

He is the third child born to Brian Austin and Megan Fox. His father, Brian, is from Van Nuys, California, while his mother, Megan, is from Tennessee.

The couple announced their separation in 2015. However, around eight weeks after their separation announcement, it was revealed that Fox was expecting their third child. She didn’t officially separate from Green until late 2019.

Both Megan and Brian are very private when it comes to their son. They have only shared a few photos of Journey since his birth; hence, not much information about him is available on the internet.

Like his older brothers, Journey has been the victim of internet abuse owing to the length of his hair.

When Brian shared a photo of his three boys in September 2020, he was bombarded with comments saying his sons “looked like girls.”

Naturally, the actor retaliated. The actor said, “The fact is that my boys have and like long hair.”

“In my opinion, they are beautiful and will still be and possibly be mistaken for girls if they wore matching short and t-shirt combos and had short hair. Some people like boys and men with long hair. Some people don’t. Both opinions are ok,” he added.

During an appearance on The Kelly Clarkson Show in May 2021, Fox remarked about her boys, saying, “They love each other. They’re best friends, but the fighting is nonstop because they’re so full of energy and they’re so rambunctious that it’s just a melee. ‘I got your hair, Noah!’ my kids will say as they pull out fists full of hair.”

“I don’t know what it’s like to have a girl,” Fox continued to Clarkson, “For me, it’s like UFC Fight Night all day, every day.”

Even after their divorce, Megan and Brian ensured their children were well-cared for. They both make sure to spend time with their children.

All three of them are usually seen on their parents’ Instagram accounts. However, Megan posts fewer images of them compared to Austin, for which People began to criticize the actress for being an absentee mother.

Megan, therefore, took to Instagram once after reading all the nasty comments and lashed out at her ex-husband for ‘feeding’ the myth that she’s an ‘absent mother.’ She re-posted the same photo with a critical caption and requested Brian delete it.