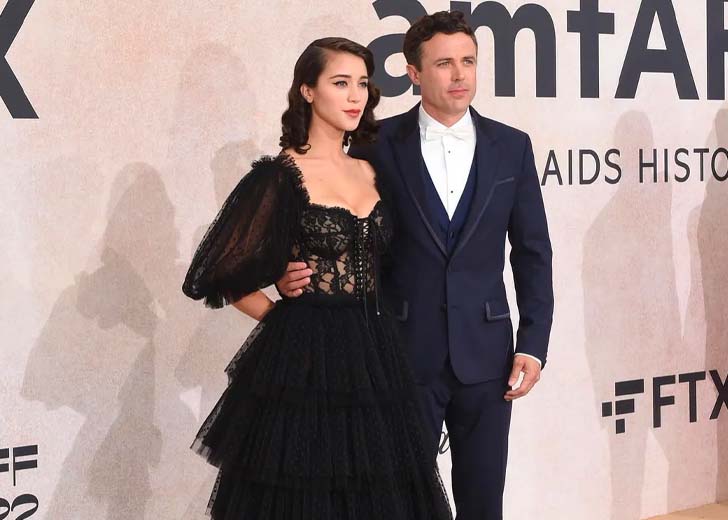 Are the rumors true?

Casey Affleck might have taken a big step forward in his relationship with his girlfriend Caylee Cowan.

The fellow American actors are rumored to be married after months of engagement speculations. Their marriage rumors were initiated after an anonymous tipster told Deuxmoi that Affleck had a wedding ring and the duo had gotten a matching tattoo.

The source’s tip read, “Casey Affleck and girlfriend secretly married? He’s wearing a ring/they got a matching tattoo.” In reply to that information, the online gossip portal mentioned that they could see these marriage rumors being true.

Despite this anonymous tip, there is no information on whether or not the love birds are actually married. Neither Affleck, Cowan, or their representatives have confirmed anything about a private or flashy wedding.

The rumors of their marriage came months after it was speculated that Affleck and Cowan were engaged. The engagement talks first started on March 1, 2022, when a noticeable engagement ring was seen on Cowan’s ring finger.

At the time, the actress and her boyfriend were together at the courtside of the Crypto.com Arena. They were in attendance to watch the basketball match between Los Angeles Lakers and Dallas Mavericks.

While seeing the game, Affleck had cradled Cowan’s left hand in his own to highlight the ring. And so the speculations began. However, neither of them deemed it right to comment on a potential engagement.

The speculations of their potential engagement got further fueled on March 7, 2022, as the duo took a stroll after having a romantic dinner at Beverly Hills. And during their walk, Cowan once again flaunted her supposed engagement ring.

But this time, the ring was more visible as she kept her hand halfway down in her pocket while also pulling it out to flaunt her ring. To go into the details of the ring, it included a slim gold band along with a large inset diamond.

During their stroll, the couple wore normal outfits instead of flashy ones. The actress had tucked her hands into her boyfriend’s arms, and after some time, the actor rested his hands on his girlfriend’s neck.

The engagement ring as seen on Caylee Cowan’s hands on March 7, 2022 (Photo: deby/Backgrid)

Affleck, age 46, and Cowan, age 24, first knew each other on January 27, 2021. Slowly and eventually, they started to bond and officially began dating. However, it’s unknown how they met and when they started dating.

Later, on November 23, 2021, the couple was caught having a PDA-filled moment as the actor dropped off his partner in Los Angeles. Days later, on November 27, he went Instagram official with his relationship while asking his followers to donate blood to The Red Cross.

“she is MY Love, and she ALWAYS shows up when it counts…,” Affleck wrote as Cowan was lying in bed to donate blood. Similarly, Cowan also shared some snaps via her Instagram handle to make things official.

Since then, the couple is always together and has attended many public functions together. They often flaunt some adorable pictures of each other via their respective Instagram handles, and it seems everything’s going fine between them.

On January 27, 2022, they marked one year of knowing each other by sharing a picture of them sharing an open-mouthed kiss. In addition, Affleck posted a cute picture of them together and wrote a lengthy yet heartfelt caption.

He started his caption with, “A year ago, we met. A few months ago, I got smart. Thank God it wasn’t too late.” And it ended with him writing, “You are a deep and tender woman with more girlfriend geem than anyone I ever met.”

“I don’t know what I did to deserve you, but I am determined to figure it out and keep doing it forever. While it beats, you have a place in my heart. I hope you stay that long. I love you.”

And with engagement and wedding rumors in line, it could be said that their togetherness will last long.