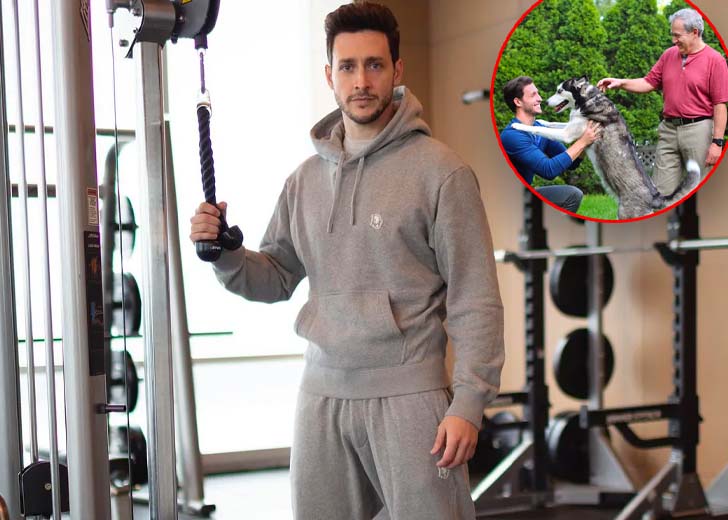 Dr. Mike grew up along with his elder sister Dasha.

Dr. Mike [Mike Varshavski] is a well-known Russian doctor and internet personality who has worked extremely hard to achieve his current position.

The doctor first rose to prominence after appearing in BuzzFeed and becoming People magazine’s “The Sexiest Doctor Alive” in 2015. He now has a YouTube channel devoted to medical entertainment and information.

He has come a long way to become a successful physician and social media influencer. He has significantly struggled with his family to live a good life. Continue reading to learn more about his success story.

Doctor Mike immigrated to the United States with his parents

The physician also faced difficulty adapting to the American lifestyle because he did not speak English then. According to him, it’s a typical story of an immigrant who has to fight and struggle to survive.

In an interview with NBC News, he stated that he and his parents lived in subsidized housing. The family lived in a one-bedroom apartment that cost $500 per month and struggled to make ends meet. He even had to beg his parents for a quarter to buy a bag of chips.

Similarly, he admitted that his parents had difficulty finding work in the United States. After relocating to Brooklyn, his father was compelled to enroll in medical school because his degree from the Soviet Union was not accepted in the country.

At the same time, his mother took the job of a sweeper for $5 per hour.

Moreover, his father’s goal from the beginning was to establish the family in the United States and create a prosperous life for the entire family.

So the first step was to get a house. To secure the home for the rest of their lives, they fix the things around them on their own to save money.

Dr. Mike’s mother passed away from leukemia when he was in his first year of training in family medicine at Atlantic Health System Overlook Medical Center. His mother was a mathematician who used to teach at a Russian university.

Mike, living alone at the time of his mother’s death, returned to his father’s house to help him cope with the loss. He was motivated by his father.

His father is also a doctor who had graduated from Moscow’s Third Medical Institute after facing initial hardships.

He grew up along with his elder sister Dasha. The name of his father and mother is yet to be revealed.

Dr. Mike decided to become a Doctor of Osteopathic Medicine (DO) early in his life. His father attended osteopathic medical school, so he was exposed to it as a child.

He attended the New York Institute of Technology after finishing high school, where he obtained a bachelor’s degree in the life sciences. He also pursued a professional doctorate through an accelerated seven-year program at a medical school.

Later, he began posting about the benefits of osteopathic medicine and positive lifestyle changes on his social media pages. When ‘Buzzfeed’ published an article about him in 2015, his popularity skyrocketed, and People magazine named him the ‘Sexiest Doctor Alive’ in November 2015.

Following his recognition by a reputable journal, Mike became a social media star. He had started his Instagram account in 2012 by sharing photos of his daily life as a doctor, and it quickly gained followers.

He then started helping people on social media, particularly kids, by using his influence. Mike also founded ‘Limitless Tomorrow’ in late 2015 to provide scholarships to students.

What Skills Do You Need for a Cyber Security Expert?

Posted on October 18, 2022October 18, 2022
Cybersecurity experts are professionals who are aimed to provide security for an organization’s overall IT systems.
Read More