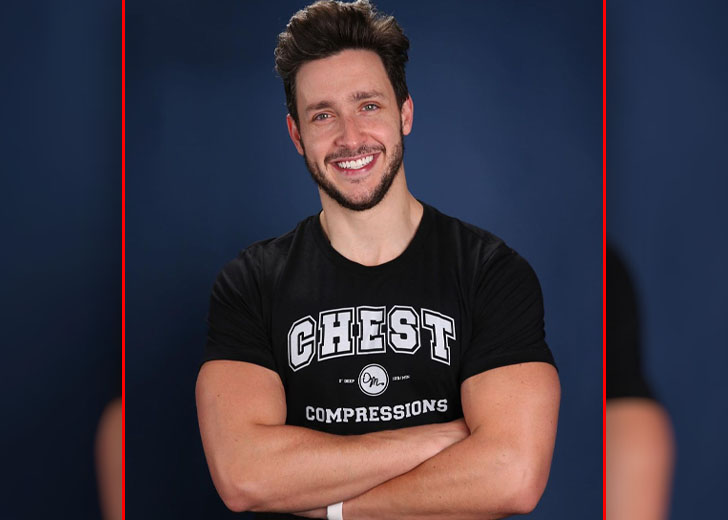 Everything about the doctor’s personal life!

Dr. Mike’s – aka Mike Varshavski – personal life matters have been a subject to his keen followers ever since he was named People Magazine’s Sexiest Doctor Alive in 2015.

The hot topic of his romantic life was even addressed by the doctor himself when he conducted a live Q&A session via his Instagram handle in 2021.

During that session, one of Varshavski’s followers had asked him if he is single or dating a girlfriend. Upon seeing that question, he laughingly said that he had been asked the same question – about his relationship status – multiple times in his previous Q&A sessions.

Is Dr. Mike dating a girlfriend?

As of this moment, the sexiest doctor alive doesn’t seem to have a girlfriend. Varshavski seemingly lives a single life, as he has been doing for a long time. He hasn’t hinted at anything via his social media handles about a possible significant other in his life.

The same answer was also given during the above-mentioned Instagram Q&A session. In reply to his fan’s question, he mentioned that he is single and doesn’t have a partner at the time.

However, he did say that he was thinking about a serious relationship in the future, and he will have to get a mama bear for his pet dog, Bear. But, it seems like he hasn’t found the right partner till now.

Dr. Mike was previously linked to a former Miss Universe

One such instance came sometime after he was named People Magazine’s Sexiest Doctor Alive in 2015. At that time, he was linked to the 2015 Miss Universe Pia Wurtzbach.

Some of those rumors got fueled a little when the doctor made a tweet in April 2016. In his tweet, he had written, “Even though tonight you’re giving up the crown, you’ll forever be my Miss Philippines!”

As he continued, he mentioned Wurtzbach’s Twitter handle and even used the hashtag “Come back soon” with a red heart emoji attached.

However, these speculations were never confirmed. Later in 2016, Varshavski sparked romance rumors with Jennifer Lahmers – an Emmy-nominated journalist. It’s believed that they were linked for around a year: from late 2016 to 2017.

Like last time, the romance talks got fueled after they started to make occasional appearances on each other’s Instagram handles. And if reports are to be believed, the Russia-born doctor had also shared a picture with Lahmers as they celebrated the 2017 New Year’s Day.

Additionally, in a since-deleted Twitter post of Lahmers, she had posted a picture of her rumored beau as they celebrated Christmas together in her family house. But, much to the fans’ disappointment, this rumor wasn’t confirmed.

As of now, Lahmers is in a romantic relationship with her partner Jarod Keller, who is also a doctor. The couple recently welcomed their first baby – a boy named Ethan Oliver Keller – on November 17, 2021.

Varshavski has earned quite the name as a doctor and a YouTuber. On his YouTube channel titled Doctor Mike, he debunks the medical myths and points out several medical errors shown in renowned medical shows.

As for what kind of doctor he is, he is a primary care physician who works at Chatham, New Jersey-based Chatham Family Medicine. His Atlantic Health System bio reads, “he believes in preventive care and in educating individuals on how small lifestyle changes can make a big impact on quality of life and health outcomes.”

Born on November 12, 1989, in Saransk, Russia, he goes by the birth name of Mikhail Varshavski. When he was six, he moved to the United States, and as Varshavski told Fox 5 in 2016, he only knew three English words: yes, no, and maybe.