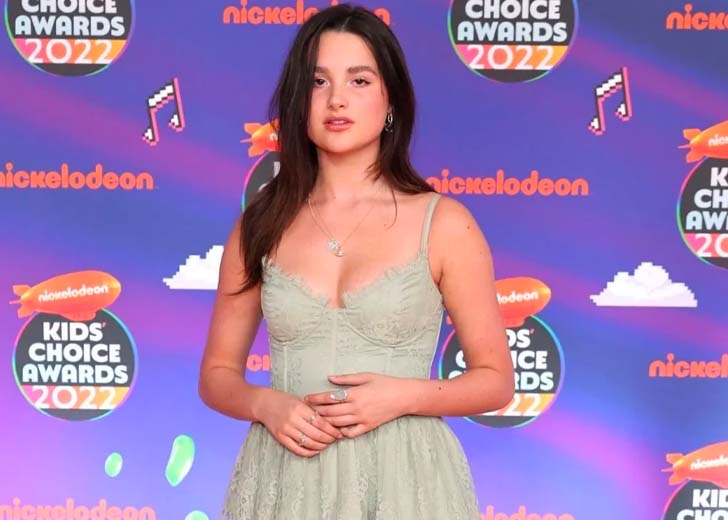 See all the details!

Jules LeBlanc, aka Annie LeBlanc, is healing up after getting struck by a drunk driver.

On August 5, 2022, LeBlanc’s team released an official statement via the actress’s Instagram story. When the statement was shared among LeBlanc’s followers, people became worried.

And a day later, on Saturday, August 6, LeBlanc took to her TikTok handle to share a video filled with graphic images and give updates on herself.

The video started with her saying, “Hey guys, I just want to come on here and show you guys what I looked like about a week and a half ago. If you don’t know, recently I got hit by a drunk driver, um so, trigger warning, I’m about to show some pictures.”

The first picture she showed was of her leg, which was utterly bruised up as it was the point of impact. The second picture was taken after she was taken to the hospital, and she could be seen having a bloody and swollen nose.

After that, she showed another picture taken two days after she got home, but her nose still looked bruised. In between the serious moments, she added a funny moment by showing a picture of herself which she found funny [she was still injured in the photo].

After showing those images, LeBlanc said, “But yeah, I just wanted to come on here and show you guys a few pictures. Also, to clear up, I am not at the hospital anymore. I feel like a few people were confused by that, uh, that was the night of July 23rd.”

“So, I am back at home, and I am healing. I’m so lucky that I didn’t break anything, um, but yeah, I love you guys, and that’s it,” she concluded her video.

LeBlanc had captioned her video by clarifying that she only posted these pictures to “spread awareness about the dangers of drinking and driving” and to “clarify some of the questions & comments” she had seen. “thank you to everyone who sent love,” the TikTok star added.

As for the statement that her team released, it started with, “On the evening of Saturday, July 23rd, Jules was struck by a hit and run drunk driver.”

“He flew through a red light while she and some of her friends were crossing a crosswalk in Santa Monica. Emergency services were called, and the paramedics and firefighters were on the scene almost immediately, while SMPD quickly apprehended the drunk driver.”

“Jules’ face and legs were bloody, scraped, and bruised but thankfully she had no broken bones or serious injuries. For the past couple weeks, Jules has been resting and healing and is reaching the end of her recovery.”

After that, LeBlanc’s team urged the social media star’s followers to “use this incident as a reminder to drive carefully and drink responsibly at all times for the safety of others.”

Jules LeBlanc’s team shared the news about her car accident due to a drunk driver (Photo: Instagram)

“If you are ever out drinking and need help getting home, please call a friend, family member, rideshare service, or non-emergency assistance number to get home in a safe manner. Driving drunk is never worth the risk. Stay safe,” they added.

After the horrific news of LeBlanc being hospitalized due to the car accident was made public, people started sending well-wishes. Under her TikTok video, one worried user wrote, “my heart full on stopped when I saw the story.”

“I’m so sorry this happened to you omg so relieved to hear you’re ok!” one user wrote, with another one following up with, “Glad u r okay now.”

Furthermore, one user mentioned that LeBlanc’s late-brother Caleb – who died when he was 13 – was protecting her as “it’s a miracle that you had no broken bones or serious injuries!” “Feel better,” the user concluded.

On the other hand, days before the news got out, the 17-year-old actress was making headlines after photos of her drinking and smoking leaked on the internet. And due to the same reason, YouTube even removed the verified user status from her YouTube channel.

LeBlanc is a multi-talented personality that has gained fame as an actress, singer, YouTuber, and TikTok star. Some of her movies and TV shows include We Are Savvy, A Girl Named Jo, Intern-in-Chief, Sunnyside Up, Chicken Girls, and Side Hustle.

She has gained over 4 million subscribers on her self-titled YouTube channel, and over 18.7 million and 9.7 million followers on her TikTok and Instagram handles, respectively. Furthermore, she previously went by the name of Annie LeBlanc but changed it to Jules LeBlanc as her birth name is Julianna Grace LeBlanc.

How to Get More YouTube Views on Your Video

Posted on October 1, 2022October 1, 2022
YouTube provides a number of features that you can use to promote your videos.
Read More

Posted on June 23, 2022July 5, 2022
There are many popular sports to bet on online, including football, basketball, baseball, hockey, and golf.
Read More