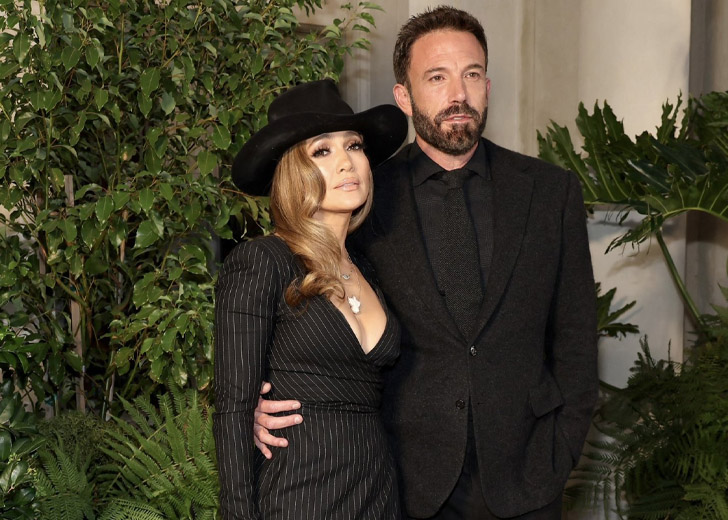 Fans believe Jennifer Lopez might be dropping a new album about Ben Affleck!

Jennifer Lopez hasn’t released an album in almost ten years, but she’s getting ready to deliver her most personal work to date.

The 53-year-old singer talked candidly in her December cover story for Vogue, which was released on November 8, 2022, and dubbed “the most honest work she has ever done,” about her untitled ninth album.

Regarding the upcoming album, Lopez described it as “kind of a culmination of who I am as a person and an artist.”

She continued by saying people believe they know what happened to her along the road and the guys she was with, but they are often so mistaken and remarked that she had a part of herself that she was concealing from everyone.

The ‘On the Floor’ singer noted, “When I make my best music, or my best art is when I’m happy and full and feel lots of love.”

If you search for the Hustlers star on her Instagram, you won’t be able to find a single post on her account, and she even altered her profile image to a black circle.

Even though her Instagram account claims to have 88 posts, the singer has made her account where people can’t see her posts, leaving followers to wonder what the artist is up to.

The owner of JLo Beauty, Lopez, has not revealed the cause of the blackout. Some fans believe this social media reset foretells a significant event, such as the release of a new album.

Her profile pictures have been changed to black backgrounds on Twitter, TikTok, and Facebook, with her name written in lowercase cursive.

Since her cursive signature on Facebook resembles how her name was written on the cover of her 2002 album, This Is Me… Then, many fans are speculating that it may be a hidden hint about what’s to come.

Fans questioned whether a sequel to that record, which marks its 20th anniversary on November 25, may be in the works and believe that the new record might be about her husband, Ben Affleck.

Although there is no official release date yet, Vogue stated that Lopez’s new album is “on its way,” and many believe that November 25 would be the day since This Is Me… Then was made available on November 25, 2002.

Even though the singer’s upcoming album’s name hasn’t been released, Vogue’s statement that it can’t yet be revealed suggests that it already has a name.

“This is me….now! I bet this is what is coming!!!” one fan commented on Lopez’s Facebook page.

Another comment read, “New era: This is me…now #jloiscoming.”

Her album This Is Me… Then was created with Affleck in mind. Their romance received much media attention, and the duo was known as “Bennifer” in tabloids, which Vanity Fair referred to as “the first of that sort of tabloid branding.”

They were engaged in November 2002, but because of “extreme media attention,” their September 14, 2003 wedding was postponed with four days’ notice. In January 2004, they called their engagement off.

Years later, Lopez cited Affleck’s dislike of the spotlight as contributing to their breakup and referred to it as her “first genuine heartbreak.”

As of July 2021, the Selena actress has publicly confirmed their revived romance, rumored to have started in April 2021. They remained in touch for years after their breakup and frequently praised one another in the media.

Since getting back together, Affleck and Lopez have praised the gift of a second chance. And after 20 years since the original proposal, she announced their second engagement on April 8, 2022. The couple got hitched on July 16, 2022, in Las Vegas.

It would only be appropriate if Lopez is preparing a follow-up to her 2002 album, given what else has recently gone full circle for the singer, particularly her connection with Affleck, with whom she rekindled their romance just a few months back.

Other celebrities have gone black from social media just before significant album announcements.

Beyoncé provoked a fan uproar earlier this year when she deleted her social media profile and banner images just before announcing the release of her new album, Renaissance.

Just before the release of her 2017 album, Reputation, Taylor Swift also removed all of her social media posts.