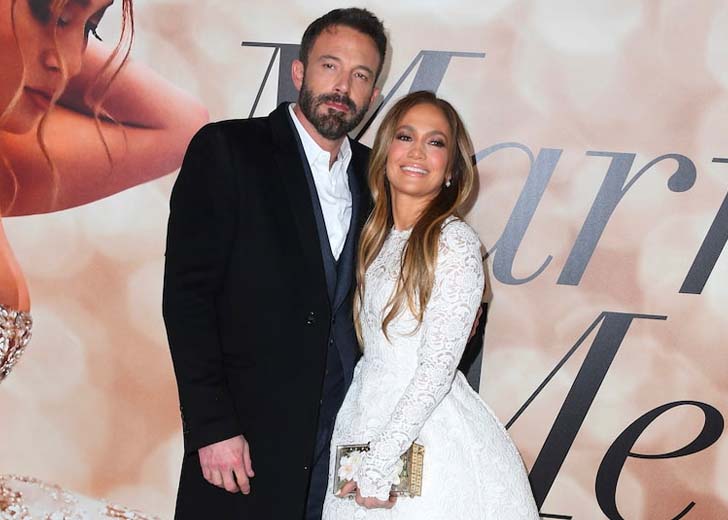 “But in the end it was the best possible wedding we could have imagined,” Jennifer Lopez wrote.

In July 2022, a few months after revealing their engagement, the couple tied the knot. As per People, the marriage took place after obtaining a marriage license in Clark County, Nevada, over the weekend.

And the reports also suggest that they had a “small” ceremony for their wedding. “It was super, super small. They just wanted to be married so they got married,” an insider told the publication.

In case you didn’t know, this is the fourth marriage for Lopez, whereas her now-husband Affleck got married for the second time.

Lopez and Affleck first revealed that they got engaged in April 2022. Following that, they were spotted together multiple times in public.

And they finally took the wedding vows in Las Vegas in July. According to a marriage license filed in Clark County, Nevada, the couple married on Saturday — that is on July 16.

The couple reportedly arrived at the Clark County Marriage Bureau around 11:15 p.m. on Saturday night, and they were “low-key” and “wanted privacy.”

The three other couples at the bureau, according to the insider, did not bother Affleck and Lopez. The couple was only there for about 20 minutes.

On the big day, the actress wore a long-sleeved dress, along with a classic boatneck number. On the other hand, Affleck donned a white tuxedo jacket from his closet.

Lopez later talked about the dress and the wedding in the JLo newsletter, as she confirmed the news.

“But in the end it was the best possible wedding we could have imagined. One we dreamed of long ago and one made real (in the eyes of the state, Las Vegas, a pink convertible and one another) at very, very long last,” the actress concluded.

Lopez and Affleck previously started dating in July 2002, got engaged in November, and then postponed their September 2003 wedding just days before the date.

In January 2004, they eventually called off their engagement.

However, since reuniting, they have regularly posted photos and videos online of romantic vacations and family moments, prompting fans to rename the couple Bennifer 2.0.

According to Lopez, their relationship has changed over the course of the past 18 years. “We’re older now, we’re smarter, we have more experience, we’re at different stages in our lives, and we have kids now, and we have to be very mindful of those things,” she told People in February 2022.

As stated earlier, she is married for the fourth time. Her last marriage was to singer Marc Anthony from 2004 to 2014, and the couple had twins. Likewise, from 2005 to 2018, Affleck was married to actress Jennifer Garner, with whom he has three children.