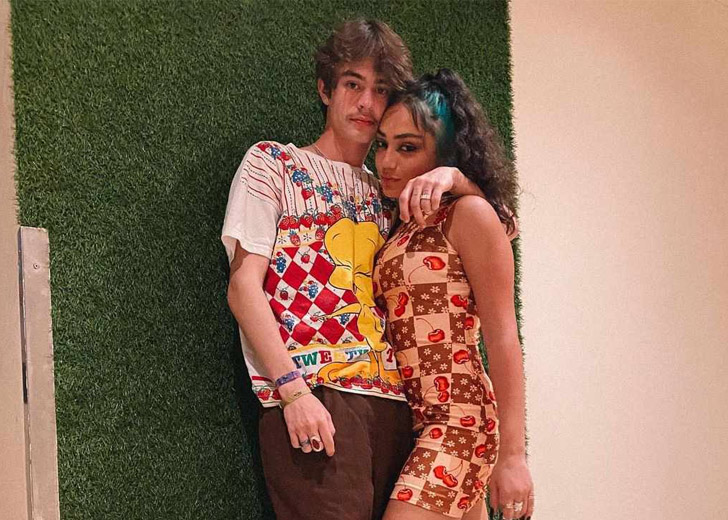 Avani Gregg and Anthony Reeves, a renowned TikTok couple, are no longer dating after Reeves was captured making out with an anonymous girl at Stage Nightclub.

As Reeves was seen kissing another girl who wasn’t Gregg, many believed that he was cheating on his partner. At that time, there were only rumors and subtle hints that the couple had parted ways, but none of them had confirmed their breakup.

And after the cheating rumors started swinging around the internet, Reeves took to his Twitter handle to clarify things and confirm his split with Gregg. In this tweet, he wrote, “We broke up officially the 19th. Josh invited me out to Canada the 22nd. I didn’t cheat. i’m not a cheater.”

Before Reeves’ confirmation, a tea page had acquired a video of Gregg where the make-up artist said, “Dear diary, go [explicit] yourself.” And netizens immediately thought she said this after finding out her now ex-boyfriend was kissing another girl.

As a result, her fans wondered if the social media star Reeves had cheated on his now-former girlfriend. One of the fans noted, “well, maybe there’s a betrayal behind it.”

“So the first thing you do when y’all break up is get with another girl?? kinda sus,” one of his Twitter followers replied to his tweet.

Another reply read, “who breaks up w someone they spent years with and then goes and makes out with some rando at a bar 2 days later maybe not cheating but still gross lmaoo avani deserves better.”

Furthermore, one user noted, “just trashy to do that out in public when u just got out of a 2-3 year relationship.”

On the other hand, some fans defended Reeves on his behalf, and as the video was not clear many questioned if the guy in the video was really him but rest assured, it was him, as per many tea pages.

Rumors about Gregg and Reeves’ breakup began to spread when followers noticed that the couple hadn’t posted anything about one another on Instagram or TikTok in months.

Additionally, he failed to attend Gregg’s 20th birthday party and neglected to upload a birthday message on November 23, 2022, giving the rumors some validity.

Instead, it seemed that Reeves, Josh Richards, and their friends were having a wonderful time at a Yung Gravy performance in Toronto, Canada, the night of his now ex-girlfriend Gregg’s birthday celebration.

The split rumors got fueled after Gregg’s mother, Anisha Gregg, unfollowed Reeves, and vice versa. Moreover, Hype House‘s Gregg, who previously unfollowed Reeves from her spam account, also unfollowed him from her Instagram and even deleted all of his pictures and images of them together.

Similarly, Reeves has now returned the favor and removed the pictures of his ex from his Instagram, except for one. Previously, he had swiftly erased his highlights with Gregg.

While the girl with whom Reeves was making out is still mysterious, a tea page under the handle @teatoktalk hinted that the girl might be his best friend Josh Richards’ sister Olivia Richards.

About three years ago, Gregg and Reeves, a longtime couple, initially connected on Instagram. Despite this, after months of rumors from fans, they only made their relationship known to the world in April 2020.

Reeves and Gregg used to post pictures of them, which are now deleted with the caption “1 month with my favorite” on April 7, 2020, showing the two having a good time together in a nice collection of pictures.