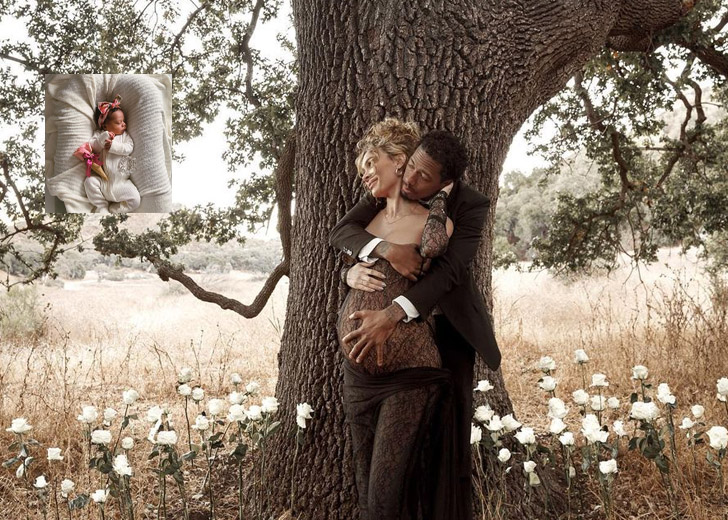 The family of model Alyssa Scott and television host Nick Cannon has grown with the birth of a new child.

On December 29, 2022, Scott announced on Instagram that she and The Masked Singer host welcomed their second kid together on Wednesday, December 14, 2022.

The new arrival is Scott’s third kid and Cannon’s twelfth overall. She marked the significance of her daughter’s birth by posting an emotional video about welcoming her new baby just a year after the death of the couple’s son Zen.

The model wrote, “December 14 2022. Our lives are forever changed. I will remember the sound of Nicks voice saying it’s a girl.”

Scott shared the name they chose for their newborn daughter towards the conclusion of the caption. The pair named their infant Halo Marie Cannon as she noted, “We love you Halo Marie Cannon!”

The television host is a father to 11 children, and Scott has a 4-year-old daughter named Zeela from a previous relationship.

The news of their pregnancy followed after the passing of Cannon and Scott’s son Zen, who passed away on December 5, 2021, at the age of only five months.

Scott and Cannon, 42, were seen posing in a bathtub when they celebrated her pregnancy with their second child, which was posted by the model on Instagram last month on November 3, 2022.

As they sat in the bubbly tub, Cannon kissed Scott’s bare bump while she wore nothing but a towel wrapped around her hair. She gazed down at him in the picture while holding her chest.

In another image, Scott could be seen standing over Cannon while holding her growing belly from underneath. She wrote, “the final days.”

The death of Scott and Cannon’s youngest kid, Zen, has left them in despair.

The actor revealed on his daytime program, Nick Cannon, on Tuesday, December 6, that his 5-month-old son, Zen, had passed away from brain cancer.

“Today is a special one y’all for many reasons but it’s not gonna be an easy one. I haven’t even shared this with anybody, not even the crew,” Cannon started.

According to the talk show host, Zen, Cannon’s seventh child and Scott’s second kid, was sent to the doctor when he was two months old when they observed his head appeared to be enormous.

The physicians found a cancerous growth that needed to be removed from Zen’s brain and fluid accumulating in his head. After that, he underwent the procedure and received a shunt to drain the fluid from his head.

“We were faithful and hopeful for that time. We carried on, he was still just playing with his brothers and sisters,” the host mentioned.

Zen’s health then deteriorated around Thanksgiving as the “tumor began to grow a lot faster,” according to Cannon.

He claimed they spent “quality time” with Zen throughout the weekend in California. Sadly, Zen passed away on December 5, 2022, after his father, Cannon, paid tribute via Instagram.

Advertisement
Related Topics:Alyssa Scott
Up Next