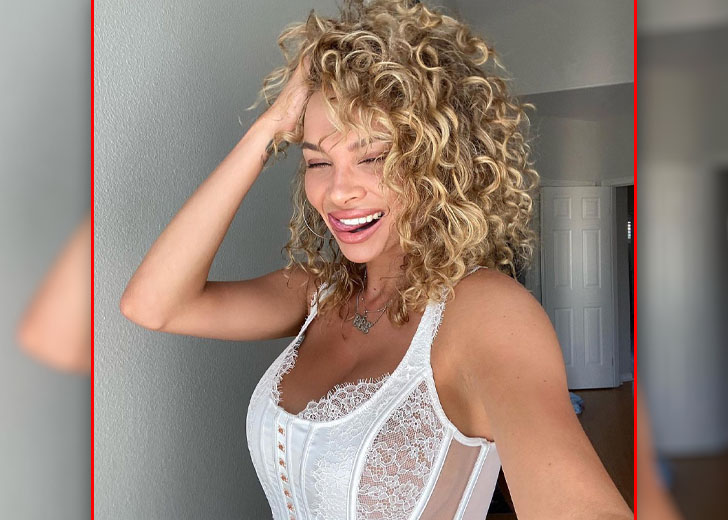 Everything about Alyssa Scott!

Alyssa Scott is a renowned American model and internet personality. She made big headlines in mid-2021 when she announced her upcoming baby boy’s name as Zen Scott Cannon.

The last name led people on the internet to assume that it might relate to renowned rapper Nick Cannon. Eventually, it was true that the rapper was expecting his first child with Scott – Cannon’s seventh child and Scott’s second child in total.

On June 23, 2021, Scott gave birth to her son, which was a moment of joy for her. But unfortunately, that happiness lasted only around five months as baby Zen passed away in December 2021 from a brain tumor.

Scott has paid a heartbreaking tribute multiple times to her little bundle of joy via their respective Instagram handles. She is still not over her son’s death, and her Instagram profile shows she is grieving and missing her little one.

Are Nick Cannon and Alyssa Scott still together?

When it became known that Scott and Cannon were expecting their first child together, people started to wonder if they could be dating each other.

However, that doesn’t seem to be the case. And even if they were dating before, they aren’t now.

It’s so because the rapper is already expecting another child, also a son, with a model named Bre Tiesi.

That concludes that Scott and Cannon are no longer together. And as for who the father of her first child, a daughter, is, the details of that are currently unknown. There are no reports of her being a married woman.

As for the question “How many kids does Alyssa Scott have?” she had two children. The first one is her daughter – name undisclosed – and her second one was her son with Cannon. But, with her son’s demise, she only has one kid now.

How old is Alyssa Scott?

As of this writing, the model is 28 years of age. She celebrates her birthday every year on October 12. As per her date of birth, her zodiac sign is Libra.

Born in 1993, she was raised in Austin, Texas. Further details about her early life remain undisclosed. In addition, there are no details found about her education.

Scott was raised by her parents in the suburbs of Texas. Her father’s name is Alan Scott, and her mother’s name is Lisa Marie Kalender.

As per reports, her father worked as a policeman. However, no information has been found on her mother’s profession – other than that she hails from Santa Cruz, California.

As of now, her parents are reportedly divorced and have already moved on in their lives. Besides her parents, she has two siblings: a big brother named Alexander ‘Alex’ Scott and a younger sister whose name isn’t known.

The only thing known about her siblings is that her brother is married. He got married to his childhood best friend, Brittany Rose Scott — Brittany is a real estate agent by profession.

Coming over to Alyssa Scott’s ethnicity, she comes from a family of mixed ethnic backgrounds due to her White-American mother and a light-skinned Black father. So, she has mixed ethnicity. Furthermore, her nationality is American.

The internet personality stands at a towering height of 5 feet 8 inches or 1.73 meters, which is a perfect fit for a model. Similarly, she has maintained a good weight as she weighs 57 kg or 125 lbs.

Furthermore, reports suggest that she previously underwent surgery to enlarge her breasts.

Scott is presently available on one social media platform only — Instagram. She doesn’t seem to use Twitter or other platforms such as TikTok.

Her first post on Instagram was made on May 15, 2015, so it looks like she joined the platform around the same time. Since then, she has made 97 more posts that consist of normal and modeling pictures of her.

Talking about her popularity on Instagram, she has garnered more than 256,000 followers. She gained most of her followers after announcing her pregnancy with Cannon.