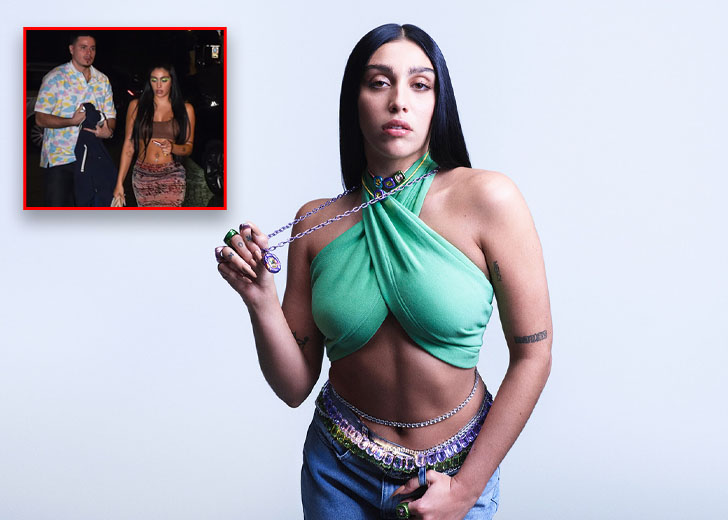 Everyone knows who Madonna is. The same thing could be said for the American singer-songwriter’s daughter Lourdes Leon, aka Lola.

Speaking of Leon, she was previously in a short-term relationship – from 2013 to 2014 – with the renowned actor Timothée Chalamet. At the time, they were attending Fiorello H. LaGuardia High School of Music & Art and Performing Arts.

After her breakup with the Dune actor, which was widely publicized, she kept her personal life low-key for some time. However, Leon’s personal life doesn’t remain private anymore. The fashion model is in a longtime relationship with her boyfriend.

Who is Lourdes Leon’s boyfriend?

Leon’s present boyfriend is Jonathan Puglia. Reports suggest that his nationality is American, but his ethnicity remains undisclosed.

Born in 1998, Puglia is presently 23 years of age. He celebrates his birthday every year on December 27. As per his date of birth, his zodiac sign is Capricorn.

Talking about his family, he was raised in the suburbs of Akron, Ohio, by his father, John Michael Puglia, and mother, Lori. While he and his brother were still young, their parents got divorced.

Lourdes Leon and her boyfriend Jonathan Puglia have been together for years (Photo: Tabloit.it / Backgrid)

Years later, a tragic incident struck the Puglia family in July 2013 when his father passed away – he was 48-year-old. It’s reported that he was battling cancer.

Speaking of Jonathan Puglia’s profession, he reportedly manages music events and merch at Letter Racer and is also a hairdresser. Similarly, he has a keen interest in skateboarding and street style. Furthermore, New York Post has reported that he is a hipster.

Leon and Puglia have been in a romantic relationship for over five years now. However, the details of their initial days as a couple remain unknown.

It is because the two had kept everything private in the initial days. As a result, it’s unknown when and where the duo first met each other, when they started dating, and further details.

It’s only known that Leon and her boyfriend started dating in 2017. Similarly, another thing known is that Leon spent 2017’s Christmas with Puglia’s family. Puglia’s mother reportedly shared a snap from that celebration with a caption: “Look who is spending Xmas with me….”

The couple’s togetherness went public a couple of years later. Then, in early January 2021, OK! Magazine got a scoop from an insider that revealed that Leon’s mother, Madonna, is constantly micromanaging Leon’s love life.

The insider said, “She’s constantly on the phone asking how things are going. She wants to know when they’re making things official.” They also pointed out that the famous singer was pushing for a double date with her daughter, Puglia, and her boyfriend, Ahlamalik Williams.

“As with everything in her life, she handles parenting with a huge amount of intensity. Lourdes appreciates how much her mom cares, but she’s finding all the micromanaging too much to handle,” the insider added.

Later in the same month, Leon and Puglia were seen on vacation in Tulum, Mexico. DailyMail shared several exclusive pictures of them together as they enjoyed their time together on the beach. The images also showed that Puglia barely kept his hands out of his girlfriend.

Following that, they made several public appearances, including Rihanna‘s Fenty X Savage Vol 3 show in September 2021. The couple of five years are still together and presently living in Bushwick, New York City, as per a report from New York Post in January 2022.