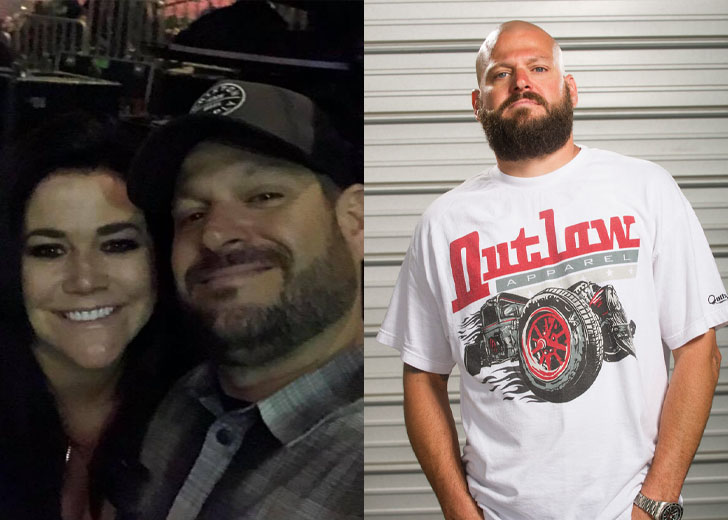 Jarrod Schulz spent most of his time on Storage Wars with his fiancée Brandi Passante. She was referred to as his girlfriend and even his wife at various points throughout the series, but the two never appeared to have married.

Then, at the start of Season 13, it was revealed that Schulz and Passante were no longer together and that he was dating someone else. So, who is his ladylove?

Most Storage Wars fans can’t imagine a world without Passante and Schulz, especially since they were a team from the beginning. They also have two children together and once starred in a spinoff particular about how they run their home and business together.

Regardless, the couple has broken up, and Passante appears to have moved on. Thanks to his new girlfriend, Rochel Beckman, we now know more about Jarrod.

Rochel Beckman was born in El Toro, California, on February 1, 1978. She was raised by her mother, Sue Beckman, and her anonymous father alongside her two other children, Jennifer Richey Nelson, and Ryan Beckman.

Talking about her net worth, she has an estimated net value of $400K, and her boyfriend, Schulz, has a net worth of $2 million.

Schulz is a considerable part of Beckman’s life, according to her Instagram. She wrote on social media on December 28, 2019, about how wonderful 2019 had been for her.

It’s crazy how much happier life can be when you are appreciated and cared for the way a person should be.

Furthermore, Schulz’s social media also feature selfies with his new girlfriend. He shared a sweet photo of the couple on his Facebook page on January 18. “Feeling joyful at Disneyland with Rochel Beckman,” he posted while they were together.

Beckman has three sons, according to Facebook, so she should have no trouble getting along with Schulz’s kids and possibly mixing their families.

Most recently, on March 17, 2022, she posted a picture with a new baby. The comments hinted that the baby was her grandchild from one of her children.

She attended Concordia University Irvine, yet what she does for a living is unknown.

Besides, Beckman has shared posts about Jarrod’s bar, The Rush Bar and Grill, and has made it appear as though she works there herself, so they probably met there.

In either case, Beckman and Schulz appear to be doing well after Season 13 of Storage Wars wrapped.

What happened between Brandi Passante and Jarrod Schulz?

For over six months, Storage Wars viewers have been wondering what happened to their favorite reality couple, Jarrod Schulz and Brandi Passante. According to some sources, the pair had broken up in March 2019 after reviewing their social media accounts.

Even though Passante and Schulz’s breakup was revealed at the start of Season 13 of Storage Wars, Brandi herself stated in a Facebook Live chat that they separated up during Season 12 of the show.

She hasn’t revealed why they broke up, but Brandi once said in a YouTube video with Spirit Talk that she was allowed to be herself for the first time in years after the separation.

“I wasn’t really allowed to have an identity for many, many years,” she said.

“And so these last couple of years, I’m kind of coming into my own and figuring out who I am. I just don’t have an attachment to anyone. I’ve definitely dated and things like that, but…right now it’s not something I’m really trying hard to seek out. I’m waiting until I can feel an attachment to someone.”