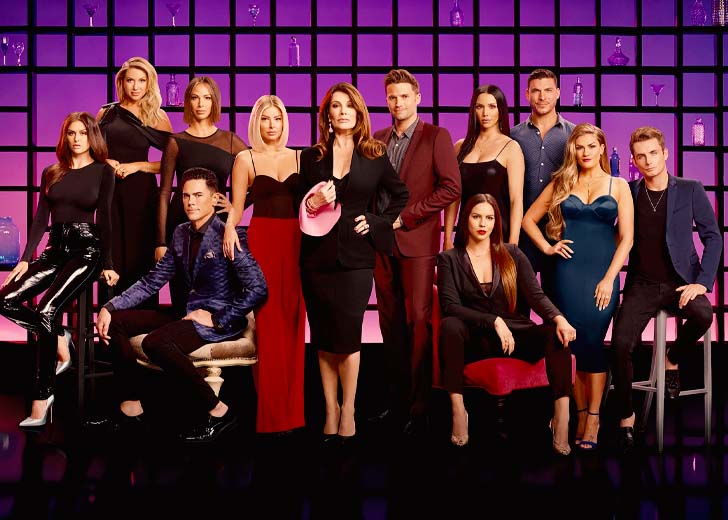 Popular Bravo TV reality show, Vanderpump Rules, was first introduced as a spin-off of its other hit show, The Real Housewives of Beverly Hills. Since its debut, the show has managed to garner millions of views from across the world.

The show follows the day-to-day life of Lisa Vanderpump and the workers – also the cast members – of her eatery, SUR. For a reality television show, it has it all — the drama, tears, love, relationships, conflicts, and more.

However, viewers of the show have raised their eyebrows in recent times. They have been wondering how much of the show is real and how much is scripted.

So, is Vanderpump Rules fake? Or real? Read on to learn everything that we know!

If you have watched Vanderpump Rules, you will surely know Jax Taylor, a former cast member who bid farewell to the show in 2020.

On May 5, 2021, Taylor gave an exclusive interview with US Weekly. He mentioned that the validity of the show’s storylines was one of the key reasons behind his and his wife Brittany Cartwright’s – also a part of the show – exit.

He said, “I was 100 percent checked out at the end. I was just very irritable on the show. It was getting a little bit too scripted for me and I just couldn’t do it anymore. It wasn’t fun.”

His wife further added that their newly born son Cruz was another big reason behind their decision to leave the show. Her words were:

We put a lot of our heart and soul into that show and we’re very open and very real. Having a kid changes your perspective on how much you want to put out there. People are mean and they mom-shame and everything else. I would be scared for that part.

This statement from Taylor came two months after his Instagram live session, where he basically said that the show was fake. Some of his statements from that session were:

“To be honest, I really haven’t changed,” he added. “I’m not gonna lie like ‘Oh my God, you’ve changed, you’re a better person.’ No, I’m not just being paid for being an [expletive] anymore. When people are paying you to be a douchebag it’s really easy. When they’re paying you a lot of money, you gotta keep a part certain.”

These statements from Taylor were completely different from the one he told In Touch in 2018 when he was still associated with the show.

At that time, he said, “I pride myself on [the fact that] we have a real show, and I’m not going to sit there and sugarcoat things. With cameras there or not, this is how I am.”

Due to his contradicting statement, many assumed that his recent claim of Vanderpump Rules being fake or scripted is false as he is no longer a part of the show.

However, back in 2016, another cast of the show, Katie Maloney, also hinted that the show was somewhat scripted.

In her interview with Galore, she said that the show is “pretty not-scripted” as their relationships are real. “We all have our history. There are plenty of shows out there that are kind of [cast] in ways where people don’t have any kind of history prior,” she added.

In addition, she mentioned that the production crew shows “everything that’s negative that can paint people in certain lights that aren’t true to form, but it’s still real.”

Coming over to what the fans of the Bravo TV show have to say on the topic, some have given their approval and believe that the show is not real and is scripted. Here are some of their discussion on Reddit and Twitter.

In a discussion thread on Reddit, one fan had asked a question saying, “Which scenes do you think were totally fake or acted out throughout all eight seasons?” To that one had replied writing

There was a scene with Ariana Madix and Lisa Vanderpump that was restaged a few months later because of filming issues. You can tell because Ariana’s hair grows as the scene goes on lol.

Later, another fan replied to that comment and added, “Not really a fake scene but kind of a fake initial storyline: Jax wasn’t initially cast on Vanderpump rules right away. Stassi was cast and they asked her who she was dating and she said Jax. BRAVO met with him and hired him for the show and then he was hired to work at SUR as part of the storyline.”

Similarly, one fan had said that the argument between Tom Sandoval and Stassi Schroeder at TTs in season 8 was staged. Another fan agreed with the comment as they said, “Absolutely! It was so ridiculous. Like an improv class without the humor.”

On another Reddit thread, one fan had asked the question, “How scripted is vanderpump?”

Several fans of the show gave their own opinions. One had said, “IDK if it’s scripted by Bravo but I assume members of the cast, off camera, discuss what they plan to say or do on camera/ how they intend to treat certain cast members.”

“It’s pretty scripted I think. Watch the Tom cheating on Katie story line in Season 3. They said it was with Jaxs gfs friend. In Season 5 it got brought up again and it was a different story. Said Jax was with Carmen a different girl there. So a completely different backstory on it. That story was a lie,” another fan commented.

The same kind of thread could be found on Twitter too. For instance, in November 2016, one fan had tweeted, “i know vanderpump rules is fake bc no way do u have time to smoke a cig and break up w your bf in the middle of the dinner rush.”

“Unpopular opinion: cancel vanderpump rules. It’s over. It’s fake. It’s boring. It makes me sad #pumprules,” another die-hard fan of the show had tweeted on February 2020.

Can Vanderpump Rules be said fake or scripted, considering all of the scenarios mentioned above?

Well, nothing can be said for certain as there are some real aspects to the show. However, there are also some aspects that have been concocted or spiced up for the viewers’ entertainment.

Additionally, there have been continuity errors on several occasions that could easily be pointed out. To conclude, it cannot be said that Vanderpump Rules is entirely real and fully scripted too.