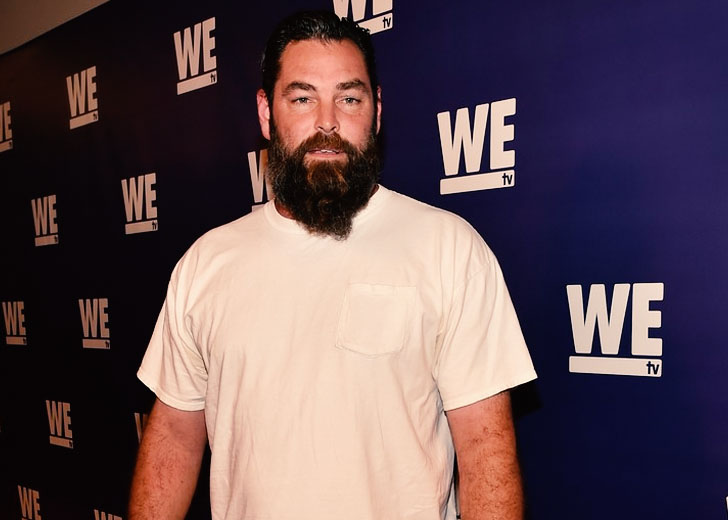 Evan Marriott became known to the world when he debuted as the lead in the original Joe Millionaire — one of the first dating shows — in January 2003.

With him in the title role, plus some catching storylines, the reality show’s first season gained over 40 million viewers — which was a huge deal at that time. However, the next season wasn’t very successful, and the show was eventually shut down.

But, in November 2021, Fox released a statement saying that they will be relaunching the show in 2022, and it will be called Joe Millionaire: For Richer or Poorer. With a relaunch in sight, fans have wondered what happened to the first Joe Millionaire? And Where is Evan Marriott now?

Before we go any further and learn about his present situation, let’s have a look at his time as the first Joe Millionaire.

Before Marriott, 28 years of age back then, was selected to be on the show, he had formerly worked as an underwear model, considered a career in professional wrestling, and was working as a construction worker at that time. His yearly income was estimated to be $19,000.

However, all of that details were hidden from the 20 women who were told that Marriott has an inheritance of $50 million. “Now I’m living the biggest lie in front of America and I think it’s the most ironic thing in the world,” he reportedly told the show staffers on air, as per Parade.

“This is about all of America seeing 20 girls misled into thinking some guy’s a millionaire … and the more I think about it, the more it eats my brain out, ’cause I really like this girl,” Marriott further said as per the outlet.

The truth was to be revealed among the contestants in the season finale, and if someone still wanted to be with him, despite his working-class condition, they would be given $1 million as prize money.

When that eventually happened in the show’s finale in February 2003, Zora Andrich, a substitute teacher, became the last woman standing, who had chosen Marriott and not his wealth. And as promised, the two were given $1 million to share among themselves.

What Happened to Evan Marriott and Zora Andrich?

Many people have also been wondering what happened to Marriott and Andrich. Are they still together as a couple, or have they already parted ways?

Well, it’s the latter one. They remained together for a while only and ended things shortly after the show ended.

Reports from Screenrant suggest that they broke up on good terms and still keep in touch. The outlet also reported that Andrich is now working in healthcare and also teaches yoga while being a mother of two.

After his stint ended on Joe Millionaire, the Virginia Beach, Virginia native got a shocking treatment from FOX Network. During his exclusive interview with Vulture in 2015, he said that “they took my lot pass and I was out in front of the Fox studios with the door slammed in my face. It was that quick.”

However, as he had become a household name, thanks to Joe Millionaire, he became the host of the Game Show Network show named Fake-a-Date. But that also lasted for one season only as the show got canceled.

Marriott then went on to appear in some TV shows and films. But, he didn’t want to stay in the public eye and preferred his normal life before he got pushed into fame. The public people couldn’t differentiate him from his Joe Millionaire persona. And, neither could he.

“I was having an identity crisis. I wasn’t Evan Marriott, the guy that could go have a casual beer with friends. It’s dissipated, but the first three years, everywhere I’d go [in L.A.], everyone would lookup. And what that does is you start to get paranoid,” he told Vulture.

He continued, “Even though people could have cared less if I got a hamburger or a haircut, I kept thinking, years after the show, somebody’s at my window, somebody’s taking pictures of me, somebody gives a shit about what I’m wearing today. I talked myself into this, and some of it was true and some weren’t, but it took me a while to talk myself out of it.”

Where Is Evan Marriott Now?

Marriott has been keeping a low profile ever since his exit from Joe Millionaire. He doesn’t seem to be available on any social media platforms and has kept a safe distance from the media.

As per reports, the last time he made an appearance in front of huge media coverage was in 2015 when he attended “WE tv’s Evolution of Relationship Reality Shows panel at the Paley Center for Media.”

Unlike his looks in Joe Millionaire, his look at that time was very different. He had gained weight and grown a beard. About the beard part, he jokingly told People that he grew it overnight. “All I do is think about a beard and it comes in,” he further added.

Evan Marriott back then vs now (Photo: Twitter/Getty Images)

As for what he does now, after realizing that he doesn’t truly belong in Hollywood, he took whatever was left of the Joe Millionaire prize money and invested it in a business.

As per his interview with Vulture, Marriott owns an Orange County, California-based heavy-equipment rental-contracting company. The outlet reported that the profession was the logical extension of his life before the dating show changed it.

He is happy with his present life and what he has now. “If I’m not [happy], then I’ve got a serious screw loose,” he jokingly said in his 2015 interview with DailyPress. “I’ve had a very fortunate life.”

“I’ll probably live here in Orange County for another 20-25 years and then move back to Virginia. I do what I love to do. I work hard and I get tired, but it’s a good kind of tired. At the end of the day, I go home and have a Scotch. I like Scotch,” he further added.

Marriott, who is presently 47 years of age, reportedly lives a single life and is yet to find a perfect partner to share the wedding vows with. Well, that sums up that he doesn’t have a wife yet.

But, did was he in a relationship? Little to no information has been found on his dating life after his time in Joe Millionaire as he lived a private life following the show.

However, there was one significant other before he joined the dating show and amassed the limelight. As he told Vulture, he was in a relationship with a girl named Amy, with whom he broke up just before he went to do the show.

As per him, while he was in France’s Loire valley countryside – for the filming of Joe Millionaire – he “had this beautiful view, and I would sit there every night with a beer in my hand and the phone in my ear.”

He was talking to Amy as he was “trying to get back together with her.” He later added that he should have won an Emmy award for the dance and kiss he did with Zora as all he wanted to do was get back to his love, Amy.

Besides that, he didn’t give out further details on what happened afterward. And the mystery around the topic remains the same.

How Much is Evan Marriott’s Net Worth?

As per Celebrity Net Worth, Marriott reportedly has an estimated net worth of $1.5 million.