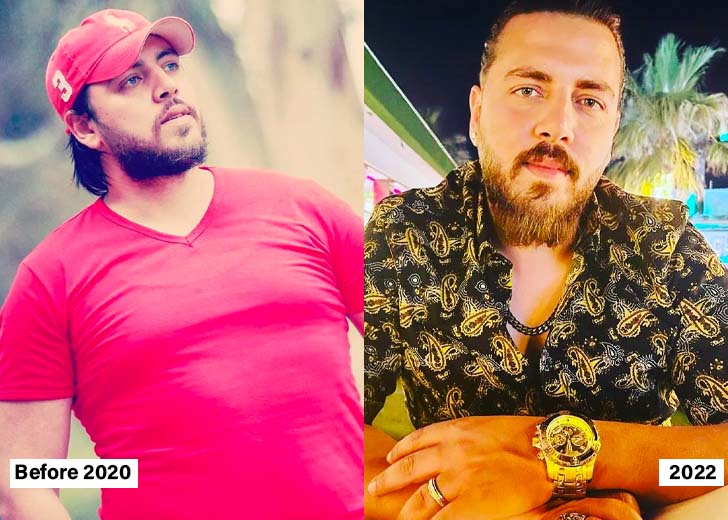 During his engagement with Rebecca Parrott, Tunisian 90 Day Fiancé star Zied Hakimi had one of the drastic weight loss and gain experiences in the franchise.

From 2019 to 2022, Hakimi has both gained and lost weight. All of them have been documented on the TLC show as well as on his Instagram.

Here is everything we have observed about the reality TV star’s weight gain and weight loss journey.

He captioned the picture, “Between the two pictures two years.” In 2019, he also uploaded a photo of himself hitting the gym.

During 90 Day Fiancé: Before the 90 Days, Hakimi had choppy locks. He switched from long to short hair when he relocated to the USA.

Alongside his looks, the reality TV star also changed his body. He slimmed down, and his weight loss journey was evident on the TLC show.

He also did not gain weight when he moved to the USA, regardless of the difference in diet and lifestyle.

When Parrott first met Hakimi in his homeland on 90 Day Fiancé: Before the 90 Days, he was famed for wearing clothing that was too tight for him.

In some episodes of the show, it seemed like Hakimi’s buttons were on the verge of popping off. Parrott had defended her husband’s dress choices on an episode of  90 Day Bares All.

However, it seems like the COVID-19 pandemic and quarantine period were a silver lining to Hakimi’s weight loss journey. Judging by his looks on the show and on Instagram, it can be observed that he lost weight.

He looked fitter and slimmer than he did on the TLC show.

Looking at Hakimi in 2022, there’s a stark difference in how he looked now and before. His face looks thinner, and his beard looks nicely clipped in his Instagram pictures.

The pair met on Facebook when Hakimi was 26 and Parrott was 46. Parrott had only shown Hakimi filtered images before their meeting in Tunis.

On the other hand, Hakimi was not bothered by Parrott’s use of filters as much as he was by her tattoos.

Hakimi was going to be Parrott’s fourth husband, and she was taking a significant risk by marrying him. Regardless, their relationship moved on.

Soon, Hakimi proposed to Parrott before the third season of 90 Day Fiancé: Before the 90 Days, and she accepted.

He arrived in the United States on a K-1 visa during the eighth season of 90 Day Fiancé. The flaws in the couple’s relationship became much more apparent once they began living together in Georgia.

However, Hakimi was starting to appear more and more like Parrott’s ex-husband from Morocco, who had allegedly cheated on her. As a result, Parrott’s friends and family urged her to reconsider.

Even though Hakimi and Parrott had cultural differences, he was adamant that they be married before Ramadan began on April 23, 2020. Fortunately, things happened just as he planned.

The pair tied the knot on April 19, 2020, just before the beginning of Ramadan. They are still together and happily married. They often share their life with their fans and followers on social media.

Are People Using CBD for Their Dogs? Let’s Find Out