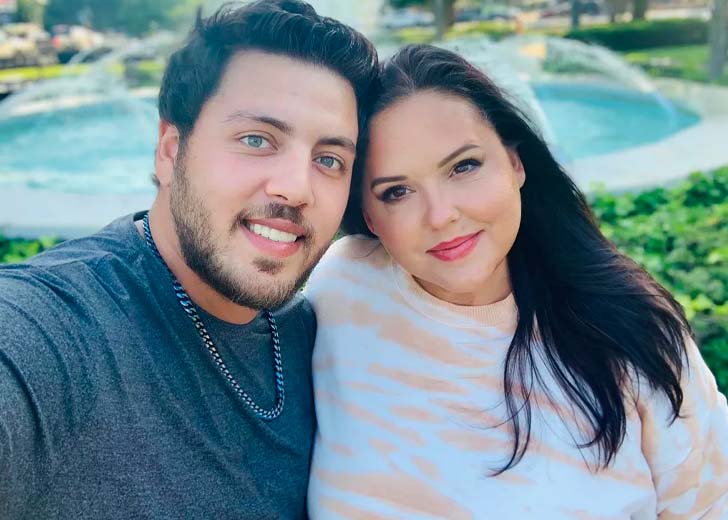 Zaid Hakimi is 20 years younger than his wife.

Zied Hakimi is a television personality best known for appearing in the TLC hit show 90 Day Fiance. He participated alongside his wife, Rebecca Parrott, in the unscripted series.

90 days fiance is a TLC reality show that follows up on the lives of the fiances of the American citizens outside of America who has got K-1 visa and has 90 days to marry each other.

Hakimi and Parrott first appeared in the third season of the spinoff 90 Day Fiance: Before the 90 Days.

They met online, and cameras accompanied Parrott as she flew from Georgia to Tunisia for the first time to see Hakimi in person. Parrott is 20 years older than Hakimi.

While they dealt with cultural barriers, an age gap, and a language barrier, Parrott kept an important secret from her boyfriend about her marriage. She was still married to her ex-husband.

Hakimi’s conservative Muslim society frowned upon marrying someone married, so he was naturally unhappy when she told him. She eventually explained to him that she was going through a divorce.

He proposed to Parrott during a romantic trip to the desert after accepting her explanation related to her ex-husband, and she said yes.

Fortunately for Parrott, her divorce was finalized after her return to America, and she was able to quickly apply for Hakimi’s K-1 Visa, which would allow him to enter the United States lawfully as her fiance if the pair married within 90 days.

In 90 Day Fiance season 8, they filmed Hakimi’s arrival and the three months leading up to their wedding, which was on April 19, 2020.

Zaid Hakimi got a new job in the United States

The couple is still going strong and living together in Atlanta, Georgia, according to a June 2022 episode of 90 Day Diaries.

The Tunisian man shared an image on his Instagram account that he is presently working in the furniture business. At the same time, according to InTouch, Parrott has a new job as a virtual account manager from home.

The 90-Day Fiancé alum reminded his Instagram followers that there are some excellent items in the store and that they are all welcome to come in and buy something for their homes. He also revealed that the furniture store would open at 9 a.m. on Monday.

Zaid Hakimi’s net worth is unknown to the public

The general public is unaware of Hakimi’s financial position, and there is no formal record to prove his actual earnings. He has also relocated from his homeland and is adjusting to a new environment. Thus, his net worth is unknown.