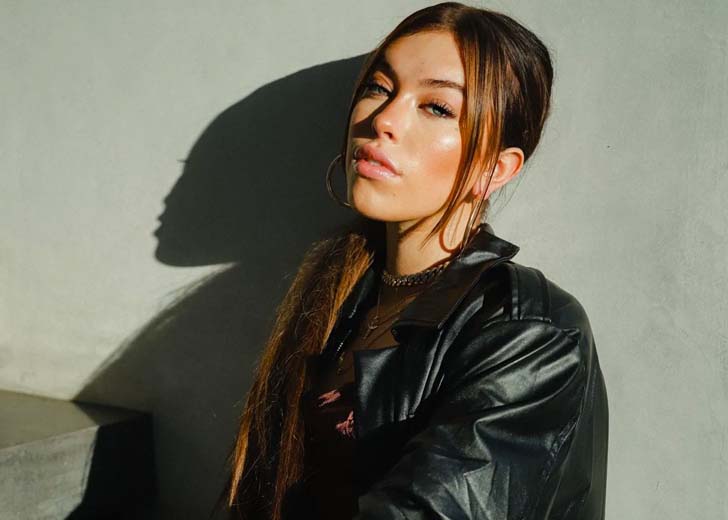 Cynthia Parker has over 4.8 million followers on TikTok.

Cynthia Parker is a teenage internet star who has taken over the TikTok platform through her lip-sync and other videos. In addition, she has collaborated with other TikTok stars, including Sabrina Quesada, Lauren Kettering, Madi Monroe, and the late Cooper Noriega.

Parker initially made videos on the video-sharing platform Musical.ly before transitioning to TikTok on August 2, 2018. As of now, Parker has garnered over 4.8 million followers and 136.4 million likes on her cynthiaparkerrrr TikTok handle.

Her fame on TikTok has also given her a healthy following on other platforms. For instance, she has gained more than 1.2 million followers on her Instagram handle – she has the same username as her TikTok handle.

As mentioned earlier, Parker is a teenage internet star. Born in 2004, she is currently 17 years of age. Similarly, she celebrates her birthday every year on September 27, and her zodiac sign is Libra.

For now, Cynthia Parker seems to be her real name. Talking about where she is from, she was born and raised within the boundaries of Canada. Her nationality is Canadian, and her ethnicity is reported to be Caucasian.

Coming over to her family, there is little to no details about her family life as the TikTok star has kept those details hidden. Multiple media outlets suggest that she was raised by a single mother in Ontario, Canada. They also had a dog named Stormi.

Besides that, there is no information about her family life. The details about her father are kept secret, and whether or not she has any siblings remains unknown.

How tall is Cynthia Parker?

Parker looks tall and slim in most of her Instagram photos and TikTok videos. However, there aren’t any exact figures about her height and weight till now, even though some media outlets claim she is 5 feet 4 inches (1.63 meters) tall and weigh around 55 Kg (121 lbs).

Who is Cynthia Parker dating?

As of this writing, Parker seems single. Nothing on her social media handles or other reports proves that she might be dating someone at the moment. However, she has been linked to a few in the past.

One of her first rumored relationships came in 2019 when it was believed that Parker was dating Chase Hudson, a fellow TikTok star and singer. The rumored couple had shared several adorable moments on-camera and even kissed one time.

Due to that, it became more evident to people that they were a thing. This also led many to create and upload numerous “couple-y” and “exposed” compilation videos on TikTok and YouTube. But those efforts seemed to go in vain as neither of them confirmed their romance.

Afterward, Parker was speculated to be dating two TikTok stars, Mattia Polibio and Jaden Hossler. But like the last time, these romance rumors weren’t addressed by anyone. Later, when Parker wrongly answered Hossler’s age in her Famous Birthday interview, people wondered if the two were even dating.

Last but not least is Parker’s togetherness with Quinton Griggs – a singer and TikTok star. However, this wasn’t a rumor, unlike on previous occasions, and was official. The two started dating in early 2020 and made their relationship public in June 2020.

But as time passed, their bond seemingly started to degrade, and by January 2021, people had noticed that Parker had deleted the pictures of her boyfriend. The TikTok star had also tweeted many things saying how she might be single.

And as people started to believe that the couple might have broken up, the deleted pictures were restored, hinting Parker and Griggs might have gotten back together. Nonetheless, those posts remained under Parker’s Instagram feed till March 2021 only.

On March 23, 2021, she took to her Twitter handle to announce her breakup with her boyfriend. She wrote, “Thought it was time to say, me and Quinton are no longer together.” As she continued, she stated that she was thankful for Griggs and that he was still her best friend.

How much is Cynthia Parker’s net worth?

TikTok has given fame to Parker, and thanks to that fame, she has been in contact with several brands for endorsement deals. In addition, she has been able to generate a healthy income through her TikTok handle.

So, how much is her net worth? Parker’s exact earnings and net worth are yet to be disclosed. Nonetheless, some media outlets have reported her net worth as around $200,000 to $400,000.

Does 'Last Man Standing' Star Alexandra Krosney Have A Boyfriend?