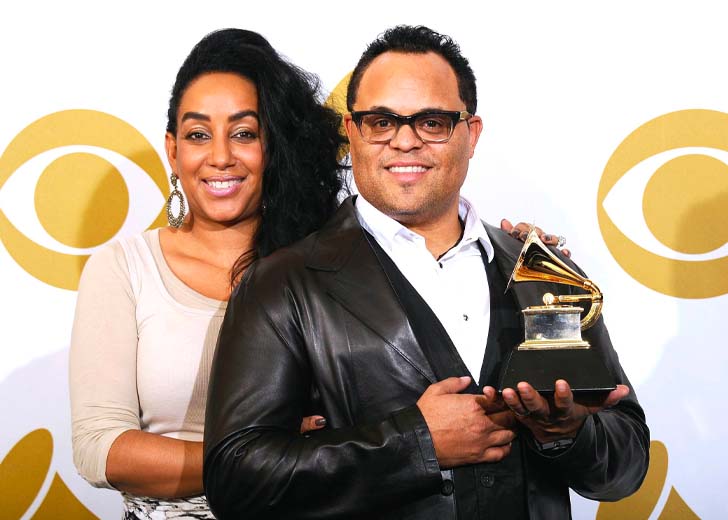 Everything we know about Israel Houghton’s ex-wife, Meleasa Houghton.

Israel Houghton’s ex-wife, Meleasa Houghton, had a lot to bear when she was married to the ‘Alpha and Omega’ singer.

The pair were married for over two decades before ending it in a divorce. Now, Israel is a husband to another partner, Adrienne Bailon.

When Meleasa was with her husband, she was often seen as his partner. But many did not know that she was a Gospel singer and accomplished in her own rights.

But there is not much news about her after her separation from Israel. It seems like she is living her life outside of the spotlight.

Here is everything we know about Meleasa and her life.

Meleasa Houghton’s divorce from her husband

Meleasa married her husband in 1994. The pair had three children throughout their marriage —  son Sonny Houghton and two daughters, Lillie Houghton and Mariah Houghton.

From the outside, it seemed like the couple had an ideal marriage with the perfect family. However, there were a lot of skeletons hidden inside the closet.

Israel cheated on his wife and even fathered children with other women. He has two sons, Kingston and Khristian, with his mistress DeVawn Moreno.

Similarly, he has another son named Jordan Houghton, but the identity of Jordan’s mother is unknown to the public. Israel and Meleasa separated in 2015, and in 2016, the singer revealed that he had divorced his partner.

Israel took to Facebook on March 23, 2016, to announce the news. He wrote how he cheated on his partner throughout his marriage.

He said the pair were officially divorced “after over 20 years of marriage and a long separation.” He confessed that the couple tried to work on their marriage for over five years, but their “relationship have proven too much to overcome.”

After admitting his sins, he asked for privacy from his fans and followers for the sake of his family and children.

“We have always handled our family and ministry with grace and generosity toward others, discretion, and privacy,” he wrote. “So, for the sake of our amazing kids, we are also handling this privately with pastoral oversight and assistance.”

He promised he had repented for his actions and said he was in the “process of restoration.” He said he was on good terms with his former partner, probably for the sake of their family.

He ended his status, apologizing to everyone and writing, “Although I am sincerely sorry, and forgiven, I soberly realize that I will live with the consequences of my failings for the rest of my life.”

After Israel, it seems like Meleasa is just focused on her children and does not have a partner. Her Instagram, @meleasahoughton, shows that she is a doting mother who loves her children more than anything.

Other information about Meleasa Houghton

Her height is 5’6,” but her weight is unknown. She is an American, but it is unknown where she was born or what her ethnicity is.

Similarly, she has kept the details of her upbringing, schooling, and formative years private. Meleasa is a well-known gospel singer with a long discography.

She was a vocalist and songwriter in the band Israel and Breed. As of 1990, she has been a member of the music business.

As a result, she and her family have amassed significant wealth over the years and live a luxurious life.

It is reported that Meleasa has a net worth of $1 million. Her ex-husband, on the other hand, has an estimated $8 million fortune, according to CelebrityNetWorth.