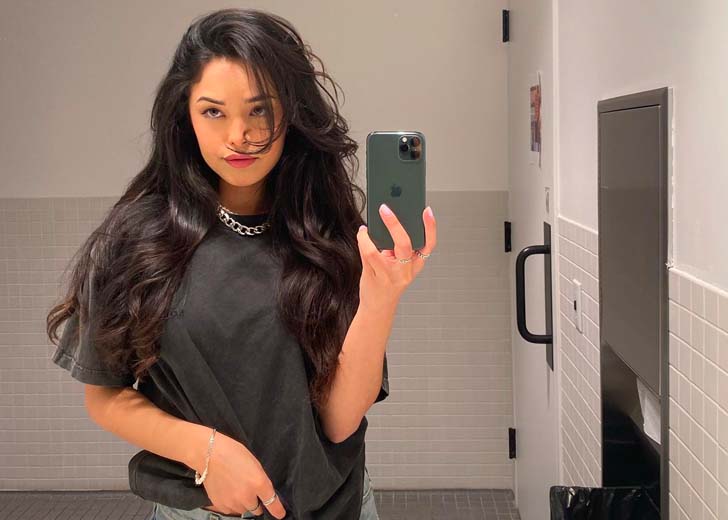 All Valkyrae wants is a supportive boyfriend.

Valkyrae, a former Twitch streamer, has a lot of people falling for her. Her down-to-earth personality makes everyone like her immediately.

However, she does not have a boyfriend. It has been a while since she has dated anyone as well.

This is mainly because she has been in bad relationships and does not want history to return. She is finally ready to start dating and have a boyfriend. But she also has a few criteria the person needs to meet before becoming her boyfriend.

Valkyrae on her future boyfriend

Valkyrae, whose real name is Rachell Hofstetter, recently appeared as a guest on the 100 Thieves podcast. There, she discussed her dating life, sharing some of the dating expectations and conditions she currently has while seeking a new boyfriend.

Throughout their interview, she opened up about her dating life, describing how and why she uninstalled all her dating apps. She also discussed her experience as a single woman and what she is searching for in a prospective partner.

She claimed that her standards were at the moment because of her past relationships. She said, “My standards are incredibly high now. I’ve had some really bad relationships before, and I just never want to have to deal with that again.”

Valkyrae explained that some of her previous relationships failed because of her partner’s fear of her achievements.

She is one of the most viewed game streamers and influencers with a massive fanbase. As a result, her former boyfriends were insecure about their respective careers.

She said that a continual comparison was drawn between herself and her boyfriend — which she despised and believed was reductive. The comparison was often about their achievements, and it soon turned toxic.

Valkyrae explained that, at times, she did not share anything about her career. She did so because she did not want to hurt the feelings of the person she was dating.

Valkyrae claimed that she wanted a supportive boyfriend who was secure with his job. (Source: Instagram)

As a result, one of the primary qualities she seeks in a boyfriend is someone who is at ease and secure within themselves. She noted, “I don’t want a partner that’s not okay with their own grind.”

Valkyrae then emphasized this approach’s importance while looking for a new partner. She said she did not care what her future partner’s job could be.

All she asked was that they were secure with their jobs and supportive of hers.

Valkyrae’s last known relationship was with her ex-boyfriend, Michael “Sonii” Sherman. They were friends before they started dating.

The pair dated from 2016 to 2021 — parting ways after four years of relationship. Their abrupt split led fans to speculate a lot about their relationship.

She stated that he had never done anything wrong to her and was not the person she was referring to.

She went on to say that what happened with Sherman was more like unfortunate timing, different routes, and different priorities. She reminded her fans that he was a beautiful person and an excellent guy.

The streamer mentioned how they were sometimes different regarding priorities and pathways. She confessed that there were moments when she was simply too busy for relationships.

The two previously fueled patch-up rumors after a group photo of the two circulated on social media. These rumors, however, quickly died away.