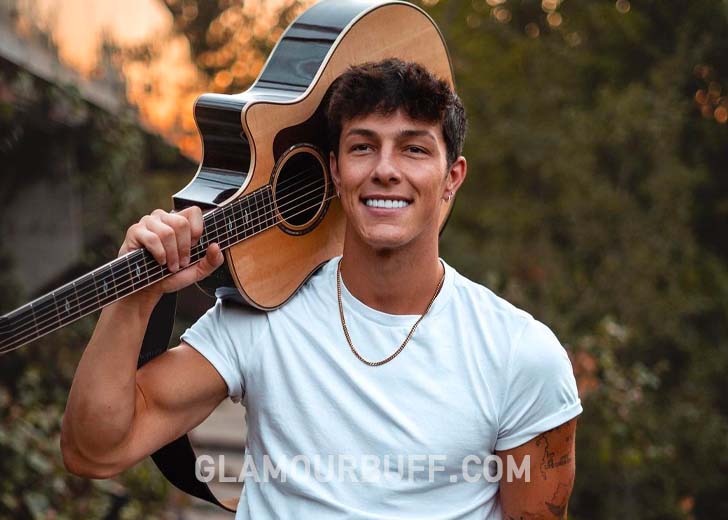 Mama holder is defending her son!

Tayler Holder’s mother, Wendy (@wendyholder on Instagram), is now coming to his defense and speaking her truth.

In February 2022, Holder received various allegations of sexual assault, misconduct, and molestation. The TikToker has defended himself countless times, but people still believe the accusations.

Moreover, his former close friends don’t have his back. But it seems like Mama Holder is ready to fight with the netizens for the sake of her son.

Recently she took to Instagram comments to answer back to people who accused her son of sexual assault and molestation.

In the comment section, a person named @kirstyhearing wrote how she was ready for everything to be over. She empathized with Holder and penned how he endured a lot at a young age.

She called him genuine and someone who puts others’ reputations over his own. @kirstyhearing believed it was time for Holder to put himself first and protect himself.

She called the rumors unjust and how the truth would prevail in the end. Wendy replied to the comment and agreed with @kirstyhearing.

She called her son “too kind” and wished that the TikToker would get mad and let the truth out one day. She said, “they do not deserve his protection,” but did not clarify who “they” were.

@ramasdarwish asked Holder and his mother if they had proof of the TikToker being innocent. The label of being a predator and assaulter does not go away unless refuted with solid evidence.

@ramasdarwish wondered why the mother-son duo had done nothing to protect their reputation and cared about the actual predators. Wendy left a sarcastic comment saying the devil was working overtime on this one.

What happened to Tayler Holder?

Some of them implied that they had unfollowed him because he had been accused of sexual assault and misconduct.

However, since Holder sent cease and desist letters to them, the majority of them did not reveal the actual reason for unfollowing. The TikToker also appeared on the BFFs podcast to explain himself, but nothing came of it.

People like Hall and Keemstar have now admitted that the claims were valid, and one of them included sexual assault on a juvenile.

Regardless, Holder kept mute and did his business, dismissing all claims against him. He acted as if nothing happened, launched his OnlyFans, and released his new single, ‘Human’ on April 27, 2022.

However, the specter of his sexual assault charges lingered on. Holder sent a letter to E! Online on April 23, 2022, to his fans, listeners, haters, supporters, and everyone in between.

The letter included his reaction to the allegations, separation, and feelings about being canceled. He noted that his “recently experienced scrapes and bruises” had given him valuable life lessons.

Holder said that the accusations of sexual assault and misconduct were false. He labeled the false rumors as cyberbullying, which led to his cancellation.

His mental health suffered as a result of internet abuse and cyberbullying. Furthermore, they cost him much on a professional level.

He worked hard to avoid and address internet abuse and cyberbullying, but he was unsuccessful. This prompted him to examine himself critically, evaluate his emotions, and combat the negative consequences.

He spent a significant amount of time alone, away from his friends and family. He discovered a fresh viewpoint that gave him the fortitude to deal with his difficulties and loneliness.

Similarly, he learned to be happy and enjoy his life apart from social media. “I have learned how to just step away at times, take those healthy breaths and find my peace first before I choose to react,” he said in his letter.

It enabled him to be creative and return to his “passion of music,” allowing him to express himself healthily. Music evolved as his “personal therapy.” As a result, he wrote a new song called ‘Human.’

On May 12, 2022, the TikToker sat for an exclusive interview with OK! Magazine, where he discussed the controversy that has engulfed him in recent months.

He discussed his single ‘Human,’ saying he recorded it while he was “at the most vulnerable point” in his life. He described the claims as the “lowest” period of his life.

He said that he did not anticipate his 2022 to begin as it did. This included the charges of sexual misbehavior and assault and the turmoil surrounding his relationship and family.

Holder resorted to music to communicate his grief during this time of stress. Based on his recent experiences, he created the two-and-a-half-minute-and-42-second song.

Despite the controversy and charges that have affected his mental health, Holder is in a good place right now. He gradually accepted responsibility for changing his life.

The TikToker is now at the happiest place he has ever been. He understands that there will always be individuals who like him and others who do not.

So, rather than concentrating on that, he focuses on keeping loyal to himself. His only goal at present is to make music in the hopes of changing people’s lives as he has transformed his own.