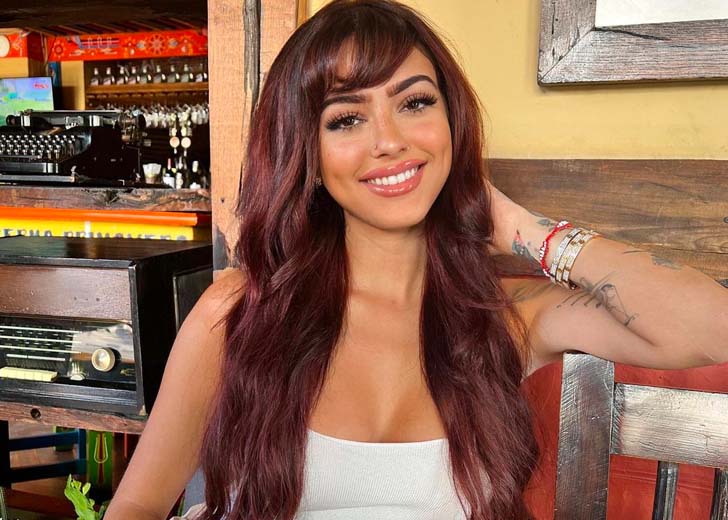 Malu Trevejo responded, “I’m so tired of people who are like, ‘Oh, you look so different, this and that.'”

Malu Trevejo, a famous TikTok star and singer, is dispelling allegations that she had plastic surgery after receiving criticism from her followers who think she looks radically different.

The Cuban-American star Trevejo is a renowned singer with over 25 million fans on the TikTok platform for viral videos.

Although she is most recognized for her unique music and well-liked videos, she is receiving backlash for her new appearance because upset fans think she had surgery.

People in the comments have attacked her in subsequent videos, claiming the celebrity has undergone plastic surgery and that she “doesn’t look the same at all.”

One follower said, “girl u swear ur beautiful but u know u look hella different.”

Malu Trevejo responds back to plastic surgery rumors on TikTok

The TikTok content creator responded to the attacks in a series of TikTok videos, saying that growing up in the spotlight has changed the way her face looks.

“I’m so tired of people who are like, ‘Oh, you look so different, this and that,'” she remarked at the beginning of the clip.

Trevejo added that as people change and grow up till they are 25 years old, she might not appear the same since she is no longer 13 and people first met her when she was 13 and is now 20.

She responded again to a commenter who said she had “too much change” made to her appearance in another video.

She questioned, “What is too much change? “My face looks the [expletive] same? What, my teeth, because I got them done? My face is always the same.”

The TikToker insisted that this isn’t the case, but it doesn’t appear that the fans are buying it. Observers are adamant that Trevejo has done so much work that she is no longer recognizable to them.

Trevejo previously also had undergone the knife a few years back. She posted an Instagram post in late December 2020, showing off her boob job and revealed, “My boobs still gotta settle down lol I just got them done.”

The influencer also went live on her Instagram, talking about her breast implants and the reasons behind them.

“My body my choice, you know like I just don’t get why people are so pressed about it,” she reasoned.

Additionally, her hip has slightly changed between then and now. She had previously stated that she would get her hips altered, but she now claims they are real.

Many fans found it hard to believe as the changes were noticeable, and they thought she was lying about it.