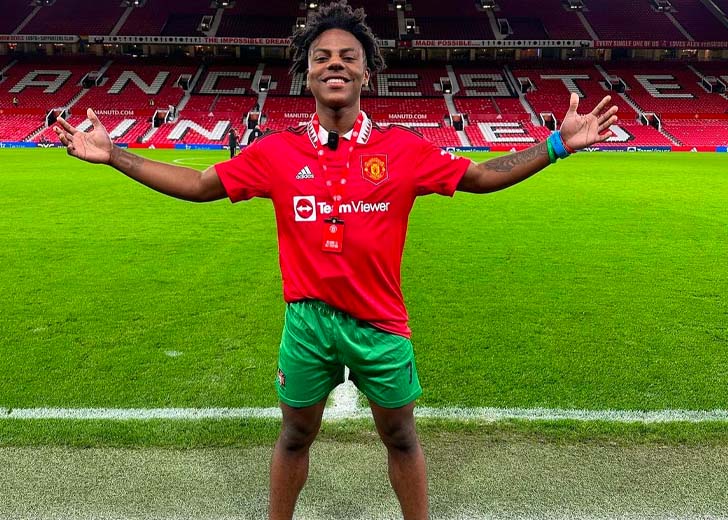 Sky Sports has removed the YouTuber’s videos and terminated ties with him after learning of his previous comments towards women.

Concerned with IShowSpeed‘s past remarks towards women, Sky Sports have removed their videos with the YouTuber and severed connections with him.

One of the most popular and rising YouTubers, IShowSpeed, made a move to the site after receiving a lifetime ban from Twitch early this year.

Prior to Manchester United’s match against Fulham, IShowSpeed, who had been gaining popularity on YouTube, was interviewed by Geoff Shreeves of Sky Sports. This led to several humorous viral clips, but the network is now removing any evidence of their collaboration.

Fans discovered that all of Sky Sport’s Tweets about IShowSpeed had been silently and mysteriously removed on November 14.

The management of Sky Sports is said to have been informed of Speed’s earlier comments about women, some of which got the YouTuber in trouble.

Before moving onto YouTube, IShowSpeed had sizable fans on Twitch before he was banned in April 2022 for allegedly making offensive comments about a lady while live streaming with broadcaster Adin Ross.

After making sexist comments toward female players, he was also famously permanently banned from Riot Games’ Valorant, which led to a significant backlash against the influencer.

The streamer got angry, cursed, and yelled at the other male player, declaring that he was not a noob and knew how to play the game after a buddy challenged him about hitting his shots.

But when a female teammate stood up and said that it was evident that he didn’t know how to play, the situation clearly took a turn for the worst.

IShowSpeed responded after Sky Sports severed connections with him

Just days after Sky Sports erased videos and cut connections with him after discovering about the creator’s previous comments, YouTuber IShowSpeed responded in a message on Twitter.

In response, the YouTuber said he would have “loved” the chance to speak with them before deciding to break up relations.

IShowSpeed responded to Sky Sports severing relations with him in a series of tweets on November 18.

“I’m 17 years old. I was 16 when that happened and made a huge mistake. It was stupid and immature. I immediately realized this and apologized,” the YouTuber wrote. Further, he expressed that he will keep improving as he grows and navigates this world.

The former Twitch streamer continued by saying that he would have loved to chat with them before they made their decision and that Sky Sports had initiated their relationship by inviting him to appear on Soccer AM.