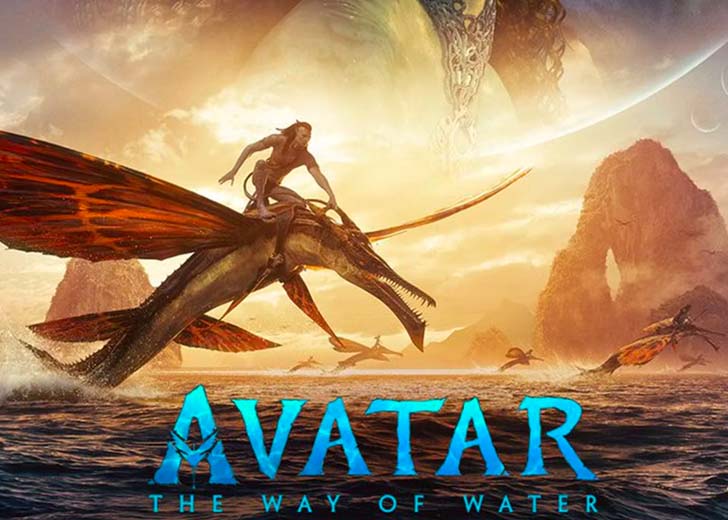 All about the filming locations of ‘Avatar: The Way of Water.’

Avatar took the world by storm when it was first released in 2009. It is now the highest-grossing movie of all time, with a lifetime grossing over $2.9 billion.

After 13 years of releasing the first movie, its sequel, Avatar: The Way of Water, is finally hitting the theaters in December 2022. There were a lot of delays for the film.

Initially, it was reported that the director, James Cameron, aimed to release it in 2014. But after repeated delays, it was announced that it would be released on July 23, 2020.

However, now the final release date has been announced —  December 16, 2022 —  and the fans are excited about it. Similarly, they are curious about the information about the sequel, especially the filming location, asking questions like —  Where is Avatar Way of Water filmed? and Where was the location of Avatar filmed?

Where is Avatar Way of Water filmed?

One of the main reasons for the movie’s success is its enigmatic environment, Pandora. The teaser for Avatar: The Way of Water teases an even more stunning visual achievement than the first movie, in what may be termed a uniquely powerful big-screen experience.

The majority of the movie was shot in Manhattan Beach, California, where production for the film began in earnest in 2017. New Zealand was later identified as one of the places.

The 22-acre Manhattan Beach Studios (MBS) Media Campus, which has all the required facilities for shooting a movie that heavily relies on CGI, was the primary filming location for Avatar: The Way of Water. This site was used to film underwater shots, several of which were included in the film’s extended trailer.

Avatar: The Way of Water was filmed in MBS and New Zealand. (Source: Twitter)

The filming locations for Avatar 2 and Avatar 3 were in New Zealand, where the team allegedly spent six months in the spring of 2019. The scenes using VFX are said to have been filmed at Stone Street Studios and Weta Digital, the other two confirmed sites for the movie.

It is reported that, in February 2019, live-action filming in New Zealand started. It continued there through November of that year, took a break for the holidays, and then resumed in 2020.

Avatar: The Way of Water production was forced to stop on March 17, 2020, because of the Covid-19 outbreak, necessitating an indefinite stay in Los Angeles. Filming in New Zealand continued in June 2020, and Cameron declared that the live-action portion of the production was finished in September 2020.

Details about Avatar: Way of Water

On May 5, 2022, the official trailer for Avatar: The Way of Water made its debut only in cinemas. The official Avatar YouTube account released the trailer online on May 9, 2022.

The video surpassed all of the new Star Wars movie trailers with 148.6 million views on its first day, setting new milestones for Disney. On November 2, 2022, the official trailer for Avatar: The Way of Water was released.

In addition to providing viewers with a clearer sense of the family connection between Jake, Neytiri, and their kids, the two-and-a-half-minute trailer also provides viewers a peek at some of the new characters in the movie, including those portrayed by Stephen Lang and Kate Winslet.

Sam Worthington, Zoe Saldana, Matt Gerald, Joel David Moore, CCH Pounder, Dileep Rao, and Giovanni Ribisi are just a few of the actors that are back from the first movie.

Tags: Avatar,Avatar: The Way of Water

Louis Hofmann’s Movies and TV Shows You Must Watch