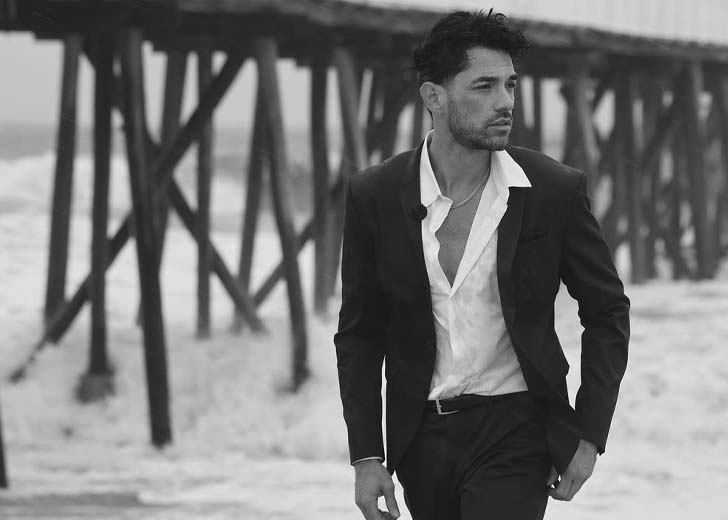 On June 9, 2020, it was announced Brett Caprioni had been fired from Bravo’s reality show Vanderpump Rules. He would not return for the ninth season of the series following his past racist Twitter posts.

An Instagram account under the handle FaceReality16 made a number of his purported tweets and retweets from 2011 to 2013 that contained racist slurs public in early January 2020.

The n-word was used in a lot of the tweets that have been reported. Moreover, he was said to have tweeted, “wassup wit black people wearin so much Aeropostale I don’t get it lol,” in November 2012. Other screenshots are alleged to indicate misogynistic tweets.

Caprioni seemed to have removed those tweets, although some of the tweets are still available since they were retweeted.

Vanderpump Rules star, Caprioni, spoke about the discovered racist comments and apologized for his offensive remarks.

In a statement, the reality star said, “I want to express my deepest apologies for the insensitive, ignorant, and hurtful comments I made,” to E! News.

He also admitted that he was incredibly ashamed and that this kind of language was inappropriate both then and now.

The star further asserted that he has now learned and matured and would never use such language in the present. “From the bottom of my heart, I am truly sorry,” he apologized.

Caprioni was in a romantic relationship with Carli Bybel, a YouTuber, from 2013 to 2017. The pair appeared to be a real YouTube power couple for a while.

He shared exercise and nutrition advice, she shared beauty tutorials, and they frequently uploaded videos together for their combined 6.6 million fans. However, Bybel announced their separation in November 2018.

She confirmed the news in her ‘Life Update Q&A’ video on her YouTube channel. She stated, “We are broken up. I know, I’m sorry to be the bearer of bad news. I know you guys are probably upset, but think about how I feel.”

She continued by saying that it wasn’t anything she had ever planned, enjoyed, or believed would ever occur, but it was the reality.

The YouTuber also said that individuals grow apart and change through time and that, at some point, you need to put yourself and your happiness first and foremost.

Caprioni, Dayna Kathan, Max Boyens, and Beau Clark were added as Vanderpump Rules’ regulars for the eighth season, which debuted on January 7, 2020.

During the season, Kathan was invited to lunch by Caprioni and discussed his preference for women. At her birthday party, the two were seen kissing, and they both admitted they were attracted to one another.

However, fans believed it to be fake and claimed the relationship was established for the show’s plotline.

Many followers claimed on Twitter that the relationship between Kathan and Caprioni seemed manufactured as a fan remarked, “Production 100% went to Dayna and said listen the fake relationship with Max didn’t work out so we need a fake one with Brett now #PumpRules.”

Another added, “Does anyone else think Dayna and Brett are ‘dating’ just to stir the pot?”

The Unspoken Perks of Aging: Glamour in Your Thirties