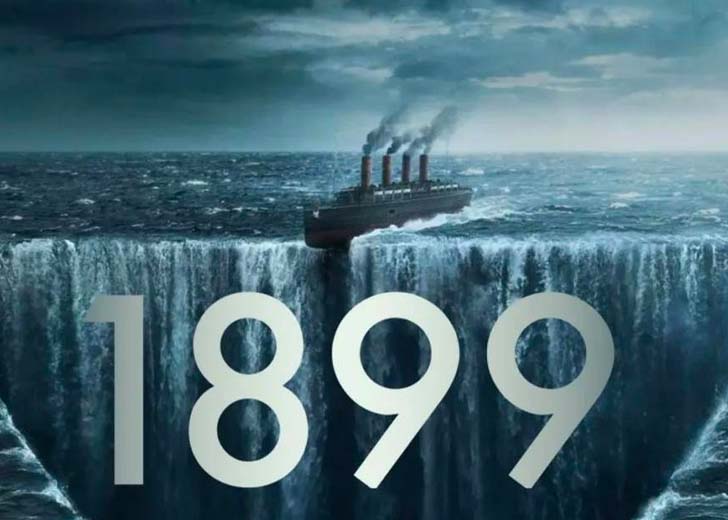 One of the viewers remarked, “Excellent show. If you like ominous, dark mystery you would like this show.”

Emily Beecham, Andreas Pietschmann, Aneurin Barnard, Miguel Bernardeau, Mathilde Ollivier, and many other renowned actors can be seen in the series.

Jantje Friese and Baran bo Odar, the creators of 1899 and Dark. (Source: Twitter)

The show centers on a group of European immigrants sailing from London to New York City on the steamship Kerberos just at the turn of the new century, in 1899.

The passengers are connected in positiveness about what destiny holds until they uncover another migrant ship, the Prometheus, adrift on the open sea.

A formerly simple journey to the promised land derails into a terrifying nightmare of unimaginable proportions.

As of this writing, the series has an 83% approval rating on Rotten Tomatoes, with an average rating of 7.30/10, based on 18 reviews.

Similarly, it has received “generally positive reviews,” according to the weighted average rating system used by Metacritic, with a score of 69 out of 100.

The show had a budget of €60 million, with €2 million from Medienboard Berlin-Brandenburg, €10 million from the German Motion Picture Fund, and €48 million from Netflix, making it the most expensive German television program ever produced.

Many fans reacted to the series positively as most of the audiences liked the series and described it as a “mind bending series,” but a few people disagreed with it and said it was the “worst show.”

One of the viewers commented, “Excellent show. If you like ominous, dark mystery you would like this show. Also the international cast makes this an interesting show,” while discussing 1899 on Reddit.

The following comment read, “Zero likable characters, dumb mystery, long and meandering length of episodes, seriously just hire an editor or something netflix??? Should have been 6, 30 min episodes. Save yourself 8 hrs and watch white lotus or something.”

Many audiences also compared the show with Dark, as both series shared the same creators. A Dark fan remarked, “Dark had an actual story, characters, and relationships and was entertaining to the very end. It’s [1899] a 30 minute short story stretched into 8 [expletive] hours.”

Another remarked, “Overall the show is….fine. I’m on ep 6 and will keep watching. But it’s absolutely no DarK.”

However, the German series is also experiencing backlash from viewers regarding the dialogues and the show’s English dubbed version, claiming it to be not good.

The fans also suggested not to watch the show in English dub, instead changing it to English [Original] as the dubbed version “extremely poor,” a viewer exclaimed. Also, the show has multiple languages spoken, so it would be better if the watcher stuck to the original.