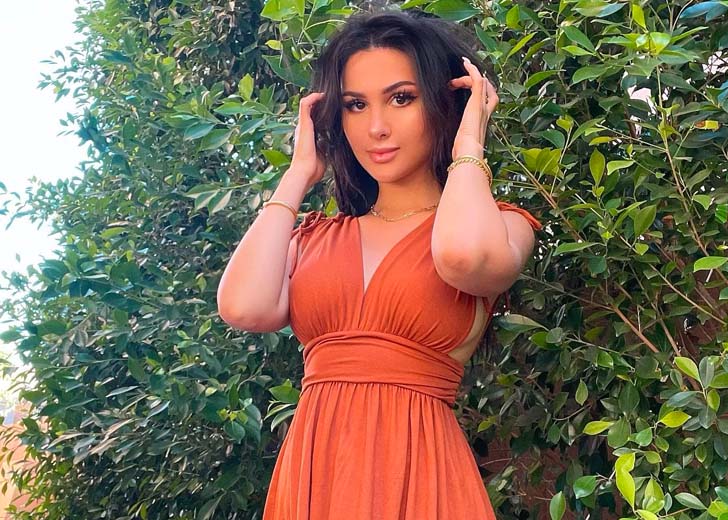 All you need to know about SSSniperWolf’s death rumors!

Celebrity death hoaxes aren’t new, as there are always several fake rumors about someone, including their death. And SSSniperWolf is among the ones whose death hoax has been spreading now.

On the internet, people have been searching for “Did SSSniperWolf died?” with the hope of finding an answer. To answer that question, no, SSSniperWolf isn’t dead.

As mentioned earlier, the talks of the YouTuber’s death are just baseless speculation. As of now, it’s unknown who started these rumors. But you might find it surprising to know that it isn’t the first time these rumors began, as it dates back to 2016.

On June 19, 2016, the English-American YouTuber uploaded a video titled DRUNK DRIVER ALMOST KILLED ME. In the video, she talked about how she got nearly killed after a drunk driver crashed into her car, resulting in a fatal car accident.

The internet star said that she and her friends had gone out to buy some frozen yogurt at night. She was driving her car, and at one point, she stopped at a red light. “And there’s somebody that stopped right next to us and I don’t know.”

SSSniperWolf’s car was wrecked after it got hit by a drunk driver (Photo: YouTube)

“I was just talking to Sausage [her ex-boyfriend] about changing the song or something, and the next thing I knew what my body was like full-on forward, and I had my seatbelt on. I probably would have died if I didn’t have my seatbelt on.”

“I know I would have flew out the window or something at that point. I didn’t know what happened, I knew we got hit, but it didn’t like click in my head. I just couldn’t act, felt like I couldn’t breathe like I started hyperventilating,” SSSniperWolf added.

Explaining what exactly happened, she said, “When I finally realized what was going on, that we got hit and we got hit really hard like, it looks like slam. The thing is, I heard the sound before actually happened. It was just like a screech.”

“And that was the guy who hit us. He scraped against the other car because he hit two cars; he hit my car and he hit the guy next to me. Basically, he was going at least 40 driving in two lanes and he hit him, swerved off of him, and then hit my car.”

She then described what happened after the police came on the scene. She said, “The cops talked to the kid; he was a 21-year-old; he said he was really tired and that he fell asleep, but cops said he was wreaked of alcohol. And I knew it; I knew he was drunk or something was wrong with him.”

Besides saying those things, SSSniperWolf also showed some clips that she had taken at the scene, and it was seen that her car was completely wrecked. Thankfully, she had her seatbelt on, which became a lifesaver.

In another instance, on June 29, 2016, the YouTuber again shared her bad experience flying with American Airlines and how it was a nightmare while flying back home from Los Angeles.

Thus, these two incidents, primarily the car accident, might have led people to start the hoaxes about her death. But as already mentioned, it’s all fake, and SSSniperWolf is still alive.

While SSSniperWolf’s death hoaxes are fake and she is alive, the YouTuber is currently going through a tough time as she recently lost one of her siblings. And it’s reported that her late sibling is her younger brother, Bakir Shelesh.

She revealed the saddening news on August 9, 2022, via her channel’s community tab post. And on Thursday, August 11, she shared a throwback picture taken with her late brother when they were still toddlers. “I miss you so much. I love you,” she captioned her post.

SSSniperWolf is now left with her parents and two younger siblings. One of her siblings is her sister Ranya Shelesh, and the other is her brother Paul Shelesh.