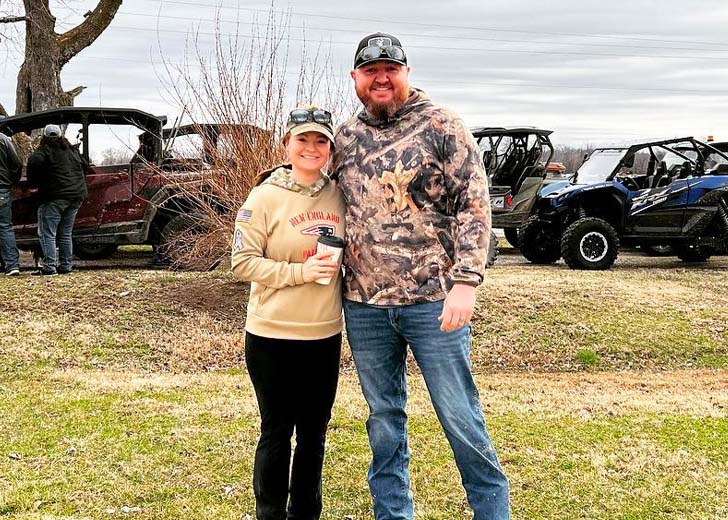 Lacey is an Army veteran who served in Iraq.

Lacey Jones is a survivalist who appeared in Discovery Channel’s Naked and Afraid: Alone. The series is a survival show in which competitors are stranded in remote and exotic settings with nothing but their skills and a single object of their selection to help them survive.

“Naked” in the title is also not a marketing ploy, as the participants are really left nude, with only the clothes on their backs to keep them warm.

As Discovery said in a statement, “With no partner or tribe, the primary duties of finding food, water, and shelter become significantly more difficult.” Mental toughness will also be essential in completing the 21-day challenge on your own.”

Lacey, who was pushed to survive on her own for 21 days in Africa, still gets memories of being cold and alone in the African savannah.

Lacy’s husband, Cody Jones, is very supportive of her stints

Lacy is married to her husband, Cody Jones. She met her husband Cody while serving in the United States Army. After her contract expired, she relocated to his hometown of Du Quoin, Illinois, with the couple’s two children, Oakley Jones, and Olive Jones.

Lacey and her husband own Jones and Son Guns, a gun business that also offers Concealed Carry Classes. Cody is an NRA-certified firearms instructor.

Lacey’s husband has been very supportive of her stints on reality survival television since she saw Naked and Afraid on the Discovery channel and wanted to apply for it.

Despite his anxiety for her well-being after learning that she had been chosen, Cody continued encouraging her. According to him, after being naked for so long, Lacey found it challenging to stay clothed for lengthy periods after she returned from the survival challenge.

Lacy Jones and her siblings had an off-the-grid childhood

Lacey, an Army veteran who served in Iraq, is no stranger to adversity. She grew up on Liberty, Maine’s Quigg Island. She was the oldest of five children, and her family lived off-the-grid, without running water or electricity.

Their home had a generator and a wood stove, which allowed them to cook and remain warm, but everything else about it was unusual. Lacey describes her father as nomadic and having grown up on the land.

He raised his children in tents since he grew up in tents, and Lacey recalls spending several months of her childhood living in tents.

She claims her mother was a naturalist who supported the entire family with a large garden she managed and was a “hippie.” Lacey also grew up without a television, which is odd given that she is now a TV personality.

Her unusual background sparked her fascination with the outdoors. As a youngster, she attended survivalist school in the summer. She acquired many techniques she would later use in Naked and Afraid.

“I love adventure and I love challenging myself,” Lacey told Heavy.

“This last one was more about a personal journey. There are so many aspects to Naked and Afraid that are difficult: You’re naked, you’re alone, you’re cold, you miss your family and for me, it just came down to the mental aspect. I wanted to do Naked and Afraid: Alone to push my mental boundaries to see if I can do it.”