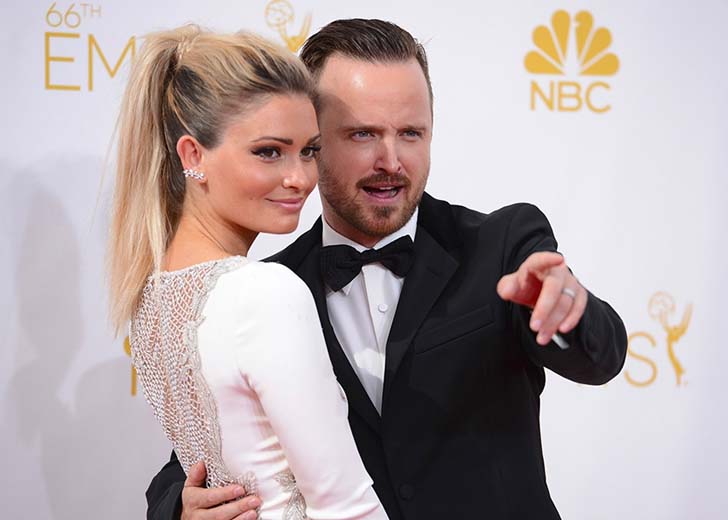 Everything about Lauren Parsekian!

Lauren Parsekian, or Lauren Paul, is most notably known as the wife of the American actor Aaron Paul — best known for his role in Breaking Bad and Westworld. And considering the duo’s years-long togetherness, it could be said that Parsekian has played a significant role in Paul’s success.

The now-married couple first met each other at the 2010 Coachella music festival and became friends. And one year after their first meeting, they fell in love and had their first kiss at the same place.

Speaking to People, Paul said, “We’d met at Coachella, became friends. And then, a year later, we fell in love at Coachella. We ran off together at Coachella. You know, first kiss on the Ferris wheel sort of thing.”

The actor mentioned that it wasn’t like anything he had felt before. He continued, “You know when people say, ‘When you know, you know?’ It was crazy. Even leading up to the kiss on the Ferris wheel, I couldn’t imagine myself being without her. I was like, ‘Wait, can this actually exist?'”

On 2012 New Year’s Eve, the couple was having a romantic time in Paris, where Paul ended up proposing to Parsekian — she said yes, and they got engaged. And on May 26, 2013, the engaged duo walked down the aisle to share the wedding vows.

Almost five years after getting married, on February 9, 2018, Parsekian and Paul welcomed their first child together, a daughter named Story Annabelle Paul. Recently, on April 20, 2022, Parsekian announced the birth of their second child, a son named Ryden Caspian Paul.

Parsekian was raised as the daughter of Thomas Parsekian and Debra Kelly. Both of her parents were involved in the acting sector in the 70s and 80s. Her mother has appeared in Prizzi’s Honor and Hot Resort.

Her father had also made an appearance in the latter movie. Besides her parents, Lauren has two siblings: a sister named Brooke Parsekian and a younger brother named Liam Parsekian (b. November 30, 1993).

While her sister is an artist, her brother has appeared in several movies. Furthermore, Lauren is of Armenian descent from her family’s side.

In 2012, she made a small appearance in the TV short titled NCIS: Special Agent DiNozzo Visits Dr. Phil. A year before that, in 2011, she served as the director and producer of the documentary about girl-on-girl bullying titled Finding Kind.

Speaking more about bullying, Parsekian was bullied by the other girls in the high school, due to which she struggled with depression and an eating disorder. The traumas remained with her throughout her college life as well.

However, when she graduated from college, she and her fellow college mates founded Kind Campaign to put an end to girl-on-girl bullying and spread awareness about the adverse effects of bullying.

The Kind Campaign was a non-profit organization as well as a school program. And as of now, it has played a vital role in stopping bullying and helped many people who have suffered from it.

All things considered, Parsekian might have been earning well and accumulated decent net worth. However, the exact figures of her net worth are yet to be disclosed. On the other hand, her actor husband has a hefty net worth of $20 million.

Parsekian is currently 35 years of age — she is around seven years younger than her husband. She celebrates her birthday every year on December 8. Additionally, she was raised in Orange County, California.

As for her height, she reportedly stands at a height of 5 feet 8 inches. And coming over to her education, she attended Pepperdine University, where she graduated with a degree in Film and Television production.