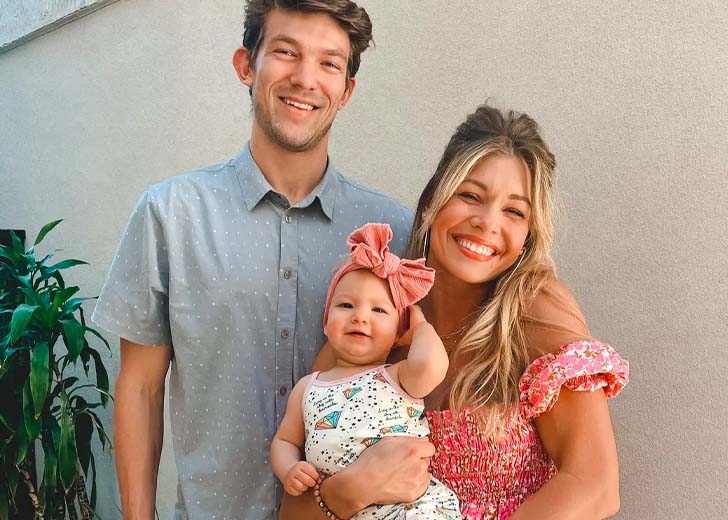 Know what Krystal had to say!

Bachelor fans first met with Krystal Nielson when she joined the 22nd season of The Bachelor. And though she got eliminated in week six, she returned in Bachelor in Paradise season 5 — which she ultimately won.

By the end of Bachelor in Paradise season 5, Nielson had found love in fellow contestant Chris Randone, and they had gotten engaged. After a few months, they moved in together to San Diego, California.

And during Bachelor in Paradise season 6, on June 16, 2019, the engaged couple got married. However, their marital relationship didn’t even last a year, as the two filed for divorce on February 14, 2020. They were yet to welcome offspring.

After their divorce, Nielson again found love in her new boyfriend, Miles Bowles. They went public with their relationship on October 30, 2020, and less than a fortnight later, on November 11, they announced that they were expecting their first child together.

On November 25, the couple revealed they would have a baby girl. And on March 31, 2021, Nielson gave birth to their beautiful daughter, Andara Rose.

Returning to Nielson’s divorce, the reality TV star was yet to speak further about it. Similarly, she hadn’t talked much about her current relationship and if there was a marriage on the line. But that was until now.

Nielson was the recent guest on the Talking It Out with Bachelor Nation podcast. During her appearance, she talked about multiple things, including her divorce, if she would get married again, and having more kids with her boyfriend. Here is a look!

Krystal Nielson on her divorce with ex-husband Chris Randone

During the podcast, co-hosts Mike Johnson and Bryan Abasolo had asked Nielson what it was like to go through a divorce, that too, in the public eye. In reply, she said that it was really scary.

She continued, “The divorce was tough because I felt that going on ‘Paradise’ and finding someone, there was so much love and attention. There was so much celebration around our relationship, and I told myself that being in a relationship means I’m loved, but by myself I’m a villain.”

“Deciding to divorce, I was really afraid that outside of that relationship, I would be the villain again. I thought that I wouldn’t be loved or accepted and seen as a failure. For a long time, we battled on if we were going to split and if we were going to be ready.”

Krystal Nielson with her ex-husband Chris Randone (Photo: BE Studios)

Nielson said the divorce was scary and hard for her and Randone. “It was on Valentine’s Day 2020, and then just a couple of weeks later, the pandemic happened and everything shut down,” she added.

“That was really tough, and I didn’t know what to say because I wanted to be respectful of my ex and honor both of our grieving of what was. Inviting the public in, because they were so invested in our relationship, was really challenging to navigate.”

She then said that she needed privacy but still felt this duty to share that with all the fans of the show. “It was really tricky, so I really pulled back for a while because I wasn’t sure what to say.”

Krystal Nielson talks about if she wants to get married again

In the same podcast, Nielson also shed some light on whether or not she will get married to her boyfriend, Miles Bowles.

“There have been moments where I want the ring and think about how it’s a token of showing your love. But I’ve had to really dive into that and remember that a material object doesn’t define someone’s love for me.”

Nielson then mentioned that love, in her view, is showing up for her and being there for her. “Being committed, that is love. With society, there’s so much pressure around marriage to prove love, and there is something so beautiful about that commitment, so I don’t want to take away from it and I do look forward to it.”

She added that she must remember that a material object like a ring doesn’t validate her self-worth. And even if she shares the wedding vows with her boyfriend, she is “torn between having a big wedding and just eloping.”

Nielson continued, “Honestly, I don’t really know. It will be a conversation with Miles to figure out what’s important to us. However it will be, it will be perfect. I’m not going to be that bride who’s going to stress out about all the little things.”

The reality TV star then guessed that she would probably have an intimate wedding with a simple ceremony and only close people attending it. She said, “I think what’s important is the unity and having the most important people there.”

“It doesn’t have to be a show for anyone else. I don’t need to spend years paying off a party, it doesn’t make sense to me. I would so much rather buy a house! I don’t need that. We just need good pictures and I’m good,” she added.

As the conversation seemed to be ending, the co-hosts asked Nielson if she was looking forward to having more children in the future, and her reply was optimistic as she loves being a mother.

“I can’t wait to do it again. And now, to have the wisdom I have, for my next pregnancy, I am going to enjoy it so much more and be so much more present. I will lean into my partner, ask for support and ask for help when I need it rather than take on everything by myself,” she concluded.

Who Is Lauren Parsekian? Know Her Family, Husband, and More