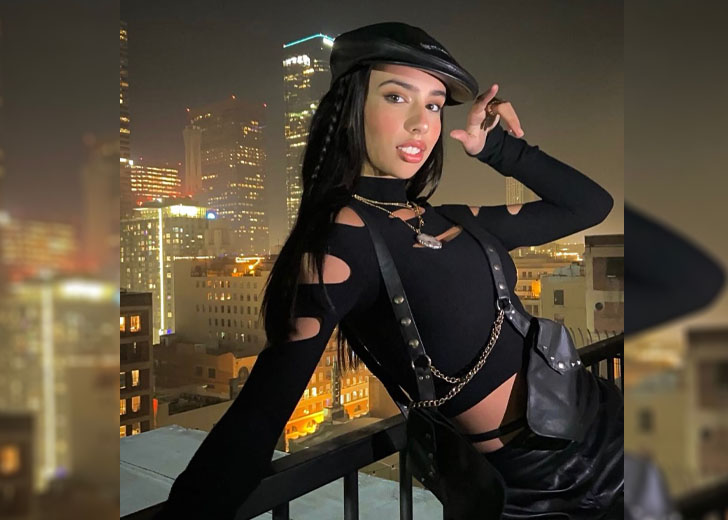 Kylie Cantrall is an American actress, singer, as well as a YouTube star. She first tasted the limelight after making cover videos of songs of stars like Selena Gomez, Beyonce, Zendaya, and others on YouTube.

She later hosted her own web show, Hello Kylie, where she welcomed guests such as Jordyn Jones, Pentatonix, and more. In 2018, she made a transition into acting by playing a small role in Disney’s TV show, Bizaardvark.

A year later, she booked a lead role in another Disney’s TV series, Gabby Duran & The Unsittables (2019-21). In it, she portrayed the role of Gabby Duran.

How Old Is Kylie Cantrall?

The Ron’s Gone Wrong voice star is presently 16 years of age. She celebrates her birthday on June 25th every year.

Cantrall was born in the year 2005 and was raised in the city of Los Angeles, California. Her zodiac sign is Cancer.

Who Are Kylie Cantrall’s Father and Mother?

Cantrall was raised in a family of performers. Her father’s name is Alex Cantrall who is a singer and music producer by profession and her mother is a dancer.

The details of her mother are yet to be disclosed, but, reports say that her mother’s name is Carol Borjas.

Since her childhood, Kylie was influenced by her parents’ profession and was interested in them. Besides, she had started singing by the time she was two. Later, she began accompanying her mother to her dance rehearsals too.

Her father is proud of what she has achieved and could be seen sharing several pictures of his daughter on his Instagram handle. In her father’s gallery, most of the pictures are of Kylie’s or his profession and her mother is missing.

It seems as if her parents have parted ways. However, nothing can be said without any official confirmation.

Kylie is the only child of her parents and doesn’t have any siblings.

Cantrall’s current relationship status seems to be single. The singer is yet to give out any hints on whom she might be possibly dating.

Her social media handles also don’t reveal anything on if she has a boyfriend or not. She has shared only limited things on social media, which mostly includes pictures of herself and things related to her profession.

Additionally, there have been no reports of her dating someone presently or in the past. Considering all of that, it makes sense to believe that she is single and relishing her singlehood.

Furthermore, as she is only 16-year-old now, she might be giving more focus to making a great career.