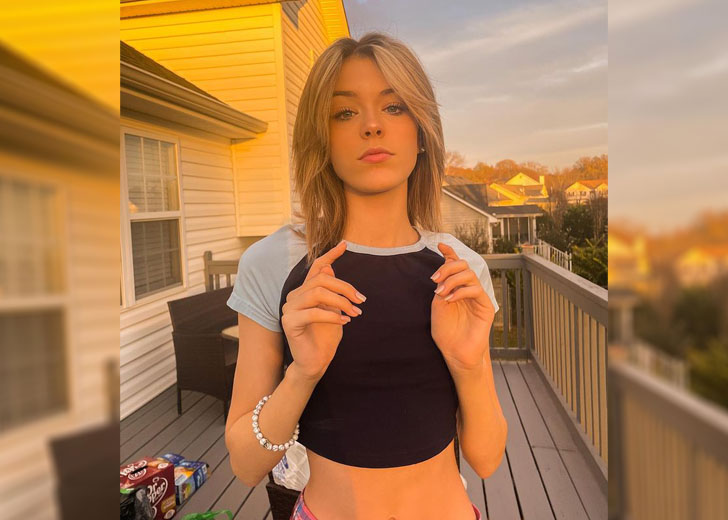 Cora Tilley is an American social media personality who has risen up to fame in a short period of time through her TikTok videos. Her content usually focuses on her daily life, friends, and family.

Currently, she has amassed over 231,900 followers and 13 million likes on her @coratilleyyyy TikTok handle. She previously had another TikTok handle too, where she had over 250,000 followers.

Here is a detailed look at Tilley’s age, family, and dating life!

The TikTok star celebrates her birthday on the 17th of December every year. This December, she turns 17 years old.

Born in 2004, she was raised in the suburbs of the United States. As per her date of birth, her zodiac sign is Sagittarius.

Tilley respects the privacy of her parents, as well as her other family members. Hence, when GLAMOUR BUFF spoke with her, she humbly asked not to cover the topic.

However, she often shares pictures with her family members on social media. You can check that out!

Is Cora Tilley Dating a Boyfriend?

The social media personality is dating a boyfriend, as of now, as hinted through some of her Instagram posts.

Tilley is in a romantic relationship with a fellow TikTok star whose first name is Christian. He goes by the username of @wsgchristian on Instagram and @christiansbanned on TikTok.

The couple has been together for a while, however, it’s not disclosed when they officially began dating. It seems they began dating around mid-2021. On the other hand, as both of them are TikTok stars, it’s possible that they met through the social media app.

Both Tilley and Christian have featured each other on their respective Instagram and TikTok handles. When they post each other’s pictures on Instagram, they usually do it using Instagram’s new collab feature.

For instance, on November 10, 2021, Tilley shared two pictures – one of herself and another of Christian – using the collab feature with her boyfriend. In the caption, she has written, “ml <3” which might be the acronym for “my love.”

Additionally, the duo could also be seen commenting some sweet things on each other’s posts. On Tilley’s Instagram post of November 25, Christian had commented “my pretty girl.”

Similarly, on Christian’s Instagram post of November 28, Tilley had commented “mine” to which he had replied “yours.” A fan noticed their cute comments as they wrote, “u guys are so cute.”

Well, going by all of that, it seems like the Tilley and Christian have been relishing their time together quite wonderfully.