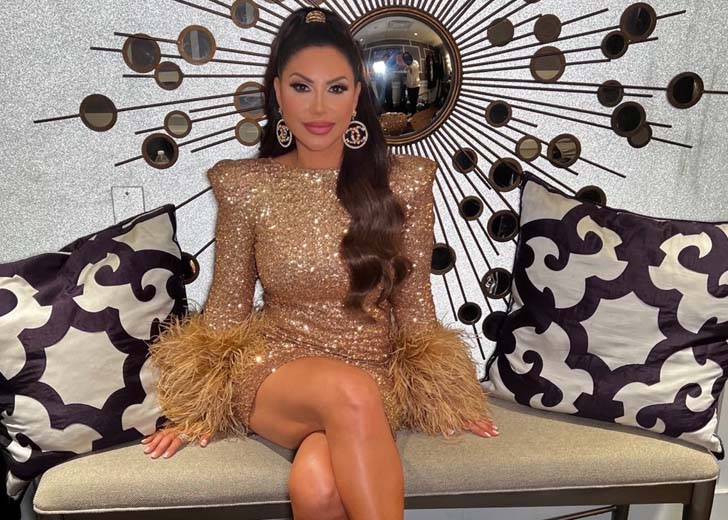 Jennifer Aydin has changed a lot in the past few years, and fans of Real Housewives of New Jersey have surely noticed it.

When the reality TV star returned to the 10th season of the Bravo TV show in November 2019, viewers were very much amused by her weight loss journey and body transformation. And losing her weight was something that Aydin always wanted to do.

The mother of five went from size 10 to a size 6 — dropping a whopping four dress sizes. And all of that is thanks to a bit of help from her plastic surgeon husband, Dr. Bill Aydin, a healthy diet, and some exercise.

In an exclusive interview with Page Six in July 2019, Aydin explained all of the methods she went through to lose her weight and have a slightly slimmer body.

She first said that seeing yourself on camera always motivates a person, including herself, to work on their body. She added that her upper body was big, relating to her breasts, and she hated them.

“They were like these big melons. They were mushy from breastfeeding five kids, and it started off with having the breast reduction. So that’s what I did first,” she added.

The RHONJ star continued by saying that she took help from her plastic surgeon husband, Dr. Bill Aydin, who performed three different surgeries on her: a breast reduction, breast lift, and liposuction. And all of that resulted in her losing 15-pound.

“It was just breast reduction and lift with implant. So then I got down a few notches with that and then I had liposuction in my back. My husband contoured my back and gave me shape. I lost about three and a half pounds of fat from my back and it contoured me.”

“Then I was like, ‘Wow! I’m looking smaller and smaller; I got the small boobs, I got this hourglass figure, now I wanna lose some weight,’” Jennifer said.

Furthermore, she also agreed that liposuction is not a weight-loss solution; however, it helped in her problem areas.

When Aydin went through a breast reduction, breast lift, and liposuction, she was more motivated to lose some more weight.

And she found the help to do so from an unlikely place. She told Page Six that while stalking through Teresa Giudice’s – a fellow RHONJ star – Instagram handle, she noticed how amazing Giudice’s daughter, Milania Giudice, looked.

Another thing she noticed was that the mother-daughter duo always used to tag their nutritionist, Absolute Nutrition Counseling, in their Instagram posts. Thus, when Aydin contacted them, the nutritionist came over to her house alongside their colleague – a chef that prepared balanced meals.

She continued, “They basically work together calculating my macros and how many calories I’m gonna have every day.”

Aydin started to follow the diet from Absolute Nutrition Counseling and had the food delivered to her doorstep by them. It resulted in her losing another 10 pounds of weight – meaning she had lost around 25 pounds by then.

After that, in June 2019, she decided to start doing exercise. But, as she told Page Six, it was still a work in progress. “I’ll have a week where we go out to a few dinners and going out to dinner is part of my demise.”

“I see it coming right on right away. So then I stop for a second, I’m like, ‘Okay, I gotta calm down. We gotta make some better choices, and I gotta get back on the bandwagon.’”

Additionally, Aydin talked about her recent family trip with her partner and kids to the Bahamas, where her self-control was tested. She said, “I brought my oatmeal with me, and I would make oatmeal for myself after the gym in the morning.”

“Our routine was going to work out every morning, then going to Starbucks … I was having a healthy breakfast, a light lunch and then, of course, we were going to dinner. And you know what, I’m on vacation, so I’m not going to deprive myself. If I wanna piece of bread, I’m gonna have a piece of bread.”

In the end, she mentioned that although she might not follow in the footsteps of Giudice and enter a bodybuilding competition as that wouldn’t even bring [her] joy, she does like the idea of getting some help from Dolores and Frank Catania to lose more weight.

“She’s [Dolores] very generous. I saw her, and she was like, ‘You know I have a gym in Teterboro, you can come work out with me anytime you want.’”

At the end of her interview with Page Six, the outlet mentioned that Aydin was all set to head to Turkey to attend her brother’s wedding and have a blast.

However, her diet was tested during her brother’s wedding, as mentioned in her Instagram post on September 14, 2019. Her Instagram post was a video of her standing in front of New Jersey-based Elite Health Center.

In the caption, she first said that her weight is something she had always struggled with. And when she was out in Turkey for her brother’s wedding, eating out constantly didn’t help her diet, and she had a bit of a setback.

She continued her caption, “and before it gets out of hand, I’ve taken some advice from my good friend [Dolores Catania] and am going to try something new [at Elite Health Center]. They have helped her [Dolores] lose 25 pounds in 45 days.”

“Now it’s my turn to take it to the next level and get back on track with this weight loss journey with Elite Health Center,” she added. She concluded her caption by adding that she would be trying hard to lose another 10-15 pounds and get more toned.

In short, her weight loss journey resulted in her losing around 30-35 pounds. And considering her dedication and previous accomplishments, it’s certain that she has continued the journey in the upcoming years.